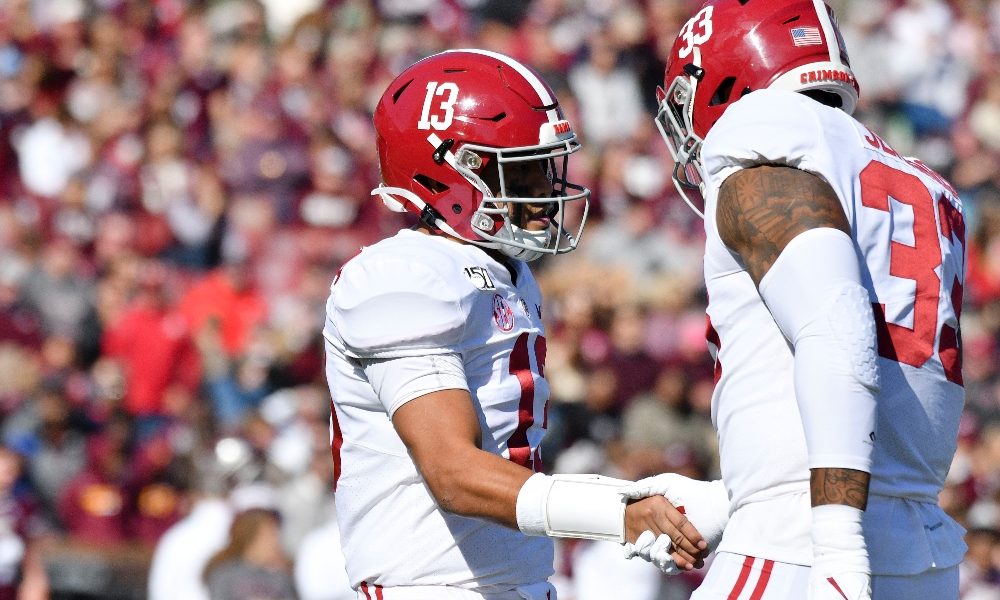 As the sports world slowly tries to make its way back to some sort of normalcy, the NFL is getting the gears moving as well as training camps officially begin this week.

That means that the rookies from the 2020 class with be making their initial impressions with their teams for the first time. One of those players who will be monitored closely by his teammates and staff is former Alabama quarterback Tua Tagovailoa who arrived at the facilities earlier today.

Tagovailoa was the fifth overall pick in the 2020 NFL Draft and has had lofty expectations of being the man to drag the Dolphins out of the 46 year old ditch.

But the former Maxwell Award winner does come with a bit of an injury concern. Although he has been cleared by all medical officials and has claimed himself to be 100% healthy, Tagovailoa has seen a myriad of injuries across his college football career.

From surgeries on both of his ankles, to a dislocated hip which cut his 2019 season short, Tagovailoa has had some bad luck in that department.

Yet even after the list of injuries on his resume, Tagovailoa has shown to be able to overcome them and return to the field in spectacular fashion.

One example of this comes from last season when the Hawaiian threw for 418 yards and four touchdowns against the eventual national champion LSU Tigers, all while nursing a newly repaired ankle injury.