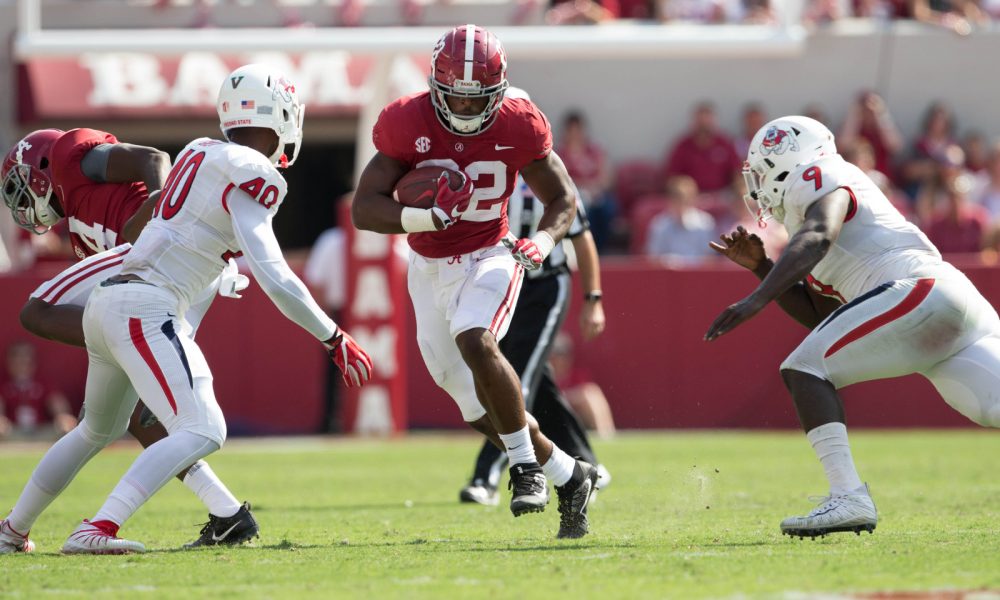 When he was not advocating for the #WeWantToPlay movement, Najee Harris was putting his body through workouts and improving his overall speed/quickness with former Auburn standout, Brad Lester.

Whether he was on the University of Alabama campus or at a training facility in Atlanta, Ga., Harris challenged himself with some of the most unorthodox exercises.

Once a five-star prospect from Antioch, Calif., he recorded his first career 1,000-yard rushing season (1,224) in 2019 yet Harris sees an opportunity for more.

The 6-foot-2, 230-pounder got more aggressive toward the end of last year, and it became the reason why Nick Saban and offensive coordinator Steve Sarkisian trusted him more.

He could have very easily turned pro; however, there are many goals he still wants to accomplish in college. Harris is eyeing a Heisman Trophy, a national championship, and a shot to advance on the all-time career list for rushers at Alabama.

All of his hard work is about to pay off and though Sarkisian wants to feature more backs, Harris’ elite speed will give the Crimson Tide’s offense an early advantage.

According to credible sources, yours truly of Touchdown Alabama Magazine was told Harris clocked a 4.45 in the 40-yard dash. Along with this, Lester timed him at 3.7 seconds in the 20-yard shuttle. If Harris was at the NFL Scouting Combine, he would have set a record for the event. The current record holders in Combine history for the 20-yard shuttle are Jason Allen (2006) and Brandin Cooks (2014) at 3.81 seconds.

Earlier this summer, former USC legend Reggie Bush called Harris a ‘more athletic version of Derrick Henry.’ He has always had the physical tools, but Harris just needed more burst to his game.

With Saban wanting balance and Harris’ hunger, keep all eyes on the Tide’s backfield this fall.