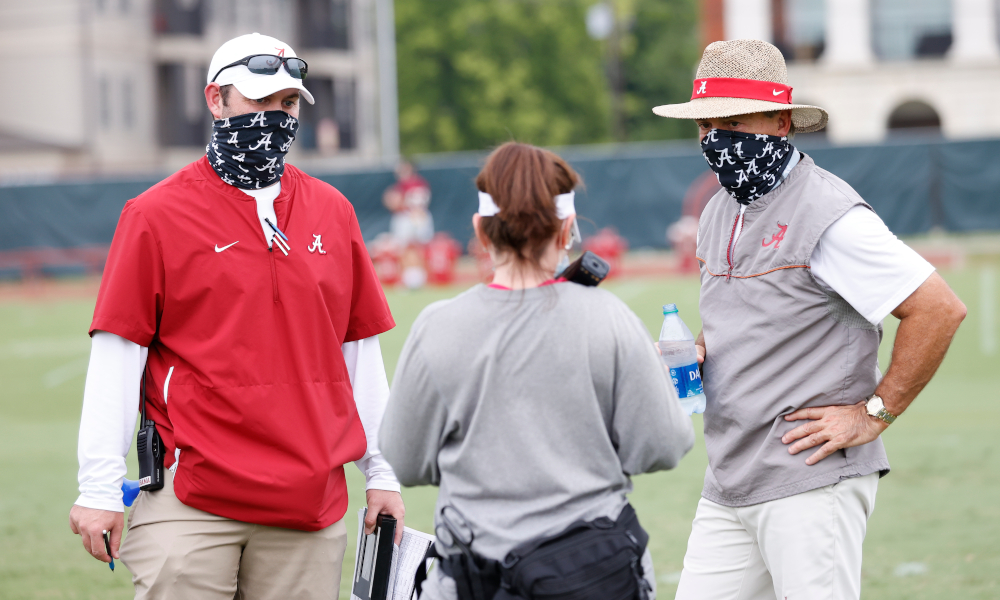 To continue promoting safety and peace of mind for its student-athletes, Nick Saban and the University of Alabama football program has made some changes to its Coronavirus testing protocol.

Earlier in the summer, it was the first collegiate program testing players three times a week.

While it was very successful, Saban wants to assure the team that he has its best interest at heart. For that, he shared one of the internal things the Crimson Tide has done this offseason.

Alabama has transitioned to performing daily tests on players.

“It is best for the players,” Saban said on Wednesday. “It is best for the program. We have the capabilities and resources to do it and we are happy to do it. We been testing three days a week and we didn’t have to that either. Just like we would for a game week, next week, but we just decided this week that we would go test our guys every day. With that, hopefully everyone feels safe.”

The goal for Saban with daily testing is that Alabama can minimize the exposure of players to COVID-19, and the team would not have to quarantine as many players.

“Everyone has to manage their personal space so that we have the most players possible available for every game, but especially the first game,” Saban said.

When it comes to the players, each one has been in support of daily testing.

On Thursday, both DJ Dale (defensive lineman) and Landon Dickerson (offensive lineman) spoke to local reporters via Zoom and said daily testing is in the best interest of the players. Missouri announced that 12 players will not play in its season opener versus the Tide next week, due to COVID concerns. Alabama wants to have its athletes as healthy as possible for this season.