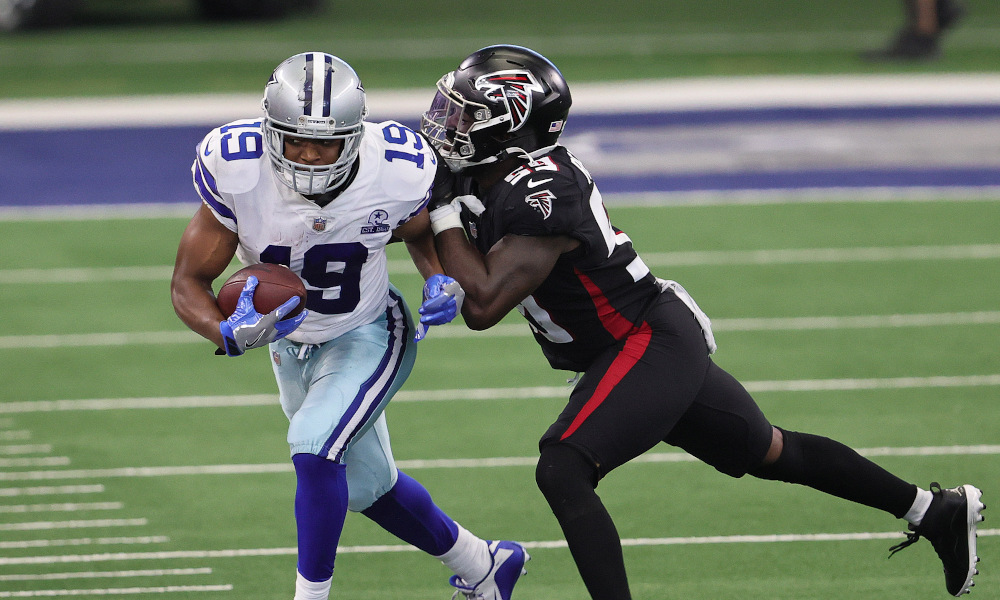 Calvin Ridley came behind Amari Cooper to the University of Alabama, and the two first-round picks at wide receiver put on a clinic in Sunday’s meeting between the Atlanta Falcons and Dallas Cowboys from AT&T Stadium in Arlington, Texas.

Both Ridley and Cooper came out smoking, despite Ridley getting the short end of the stick.

The two-time national champion (2015, 2017) led the Falcons in receptions (seven), receiving yards (109) and touchdowns (two) while being targeted 10 times. Through two games, Ridley has brought in four scoring passes from Matt Ryan and 21 career touchdown catches. After tallying over 100 yards with two scores versus the Seahawks, Ridley went big against Dallas.

Unfortunately, his outing was not enough as the Falcons suffered a 40-39 loss on the road.

As for Cooper, he paced a 400-plus yard (450) passing performance from Day Prescott.

The 2014 Fred Biletnikoff Award winner grabbed six passes for 100 yards — including an incredible 58-yard reception in the third quarter to set up a touchdown. Cooper showed tremendous concentration and though it appeared that Prescott put too much on the pass, the former Heisman finalist stretched out and made a huge play.

He was targeted nine times and averaged 16.7 yards per catch.

Regardless of the few moments he got burned in coverage, Trevon Diggs made big plays for the Cowboys.

He finished with six tackles — tying him for third on the team — and one pass breakup. Diggs was in perfect position to intercept a pass from Ryan that was intended for Ridley, unfortunately he could not finish the play.

Cooper and Diggs have evened the Cowboys’ record at 1-1, and will face the Seattle Seahawks next week.

﻿
Jalen Hurts active for the Eagles making his NFL debut possible
Quinnen Williams turned in a big performance for New York Jets, despite losing effort to 49ers
To Top