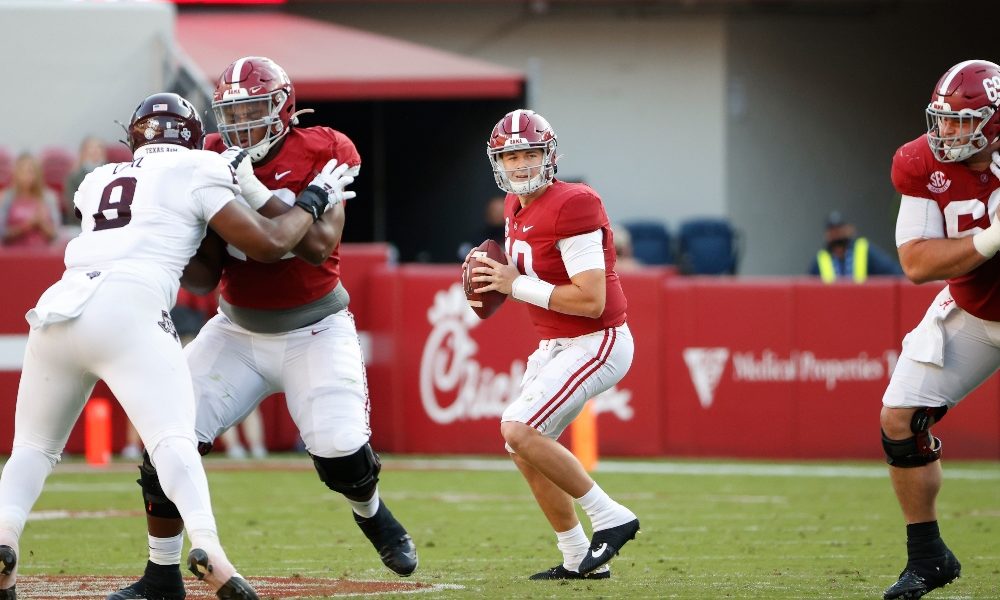 Jones had a career game against the Aggies last weekend as he threw for 435 yards and four touchdowns. He also completed 74.1 percent of his passes going 20-of-27 which resulted in a passer rating of 250.9 and a 94.1 QBR which was the second-best mark in the country during Week 4.

The Florida native was responsible for a number of long connections with wide receivers John Metchie and Jaylen Waddle which is quickly becoming a staple of the offense.

“It’s something that I’ve worked on this offseason,” said Jones following the game. “You know with all the receivers coming out, it’s hard to work with them, but I really put an emphasis on that. They’re fast and they can get behind the defense and make plays. We have so many reps at it to where they can just run up under the ball and make plays.”

﻿
Damien Harris goes over 100 yards in first meaningful action of pro career
Alabama football is set to battle Ole Miss and severe rain from Hurricane Delta this weekend
To Top
%d bloggers like this: