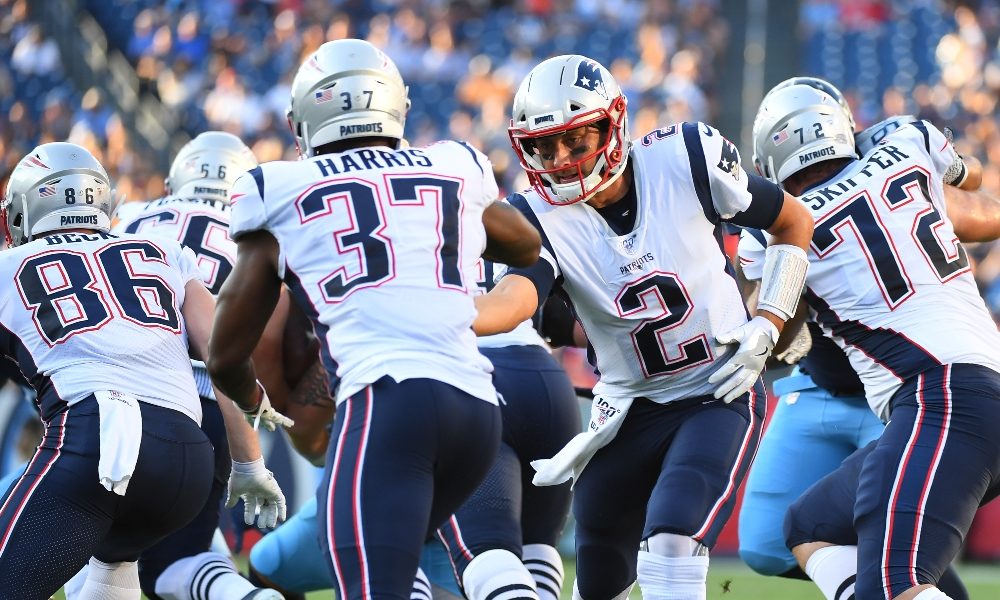 In his first game back Damien Harris didn’t waste any time in making an impact on the game. With what essentially was his first meaningful game with the New England Patriots Harris was able to rush for 100 yards on 17 carries in a 26-10 loss to the Kansas City Chiefs.

Harris had previously missed the opening three weeks of the season after suffering an injury to his pinky finger which required surgery and had him get put on injured reserve.

The rescheduled Monday night game was one that contained numerous missed opportunities on offense for the Patriots.

Tonight the team trotted out Brian Hoyer for the first three-quarters of the game as he filled in for starting quarterback Cam Newton who tested positive for COVID-19 on Sunday. After two costly sacks in the red zone which led to zero points and a lost fumble, Bill Belichick made the move to second-year man Jarrett Stidham who had some struggles of his own.

Harris was the only consistent source of offense all night, as he was a large part in keeping Patrick Mahomes off of the field for a good chunk of the third quarter which kept New England in the game.

Going forward head coach Bill Belichick and offensive coordinator Josh McDaniels will likely continue to rely on Harris for large portions of the game for starting running back Sony Michel was put on injured reserve on Monday with a quad injury.

With the possibility of Michel missing some significant time, Harris will be getting his number called much more often.