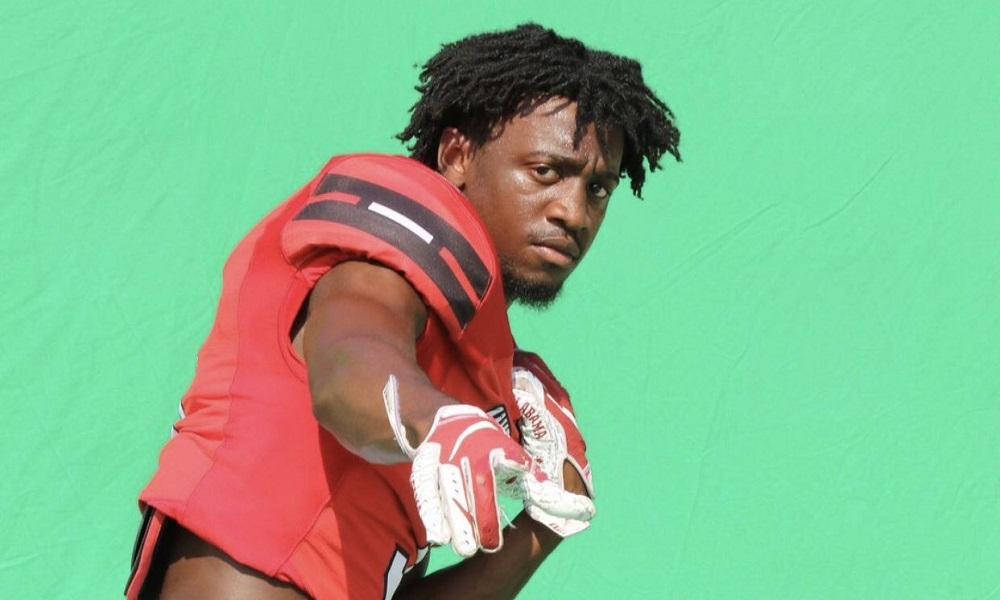 The Crimson Tide are the 20th D1 program to offer the Hewitt-Trussville High School (AL) product. Kelly previously held offers from Georgia, Auburn, Nebraska and others. Before he received an offer from Alabama, Kelly told Touchdown Alabama he enjoyed visiting the campus of the University of Alabama during the couple of times he was able to do so.

“I went up there a couple of times and I liked it a lot,” Kelly said. “They have great facilities and a nice stadium.”

Kelly also expressed Alabama’s support staff member, Tino Sunseri was in contact with him before the Tide offered.

Eight of Kelly’s offers have come during the 2020 high school football season, where Kelly has produced at a high level for Hewitt-Trussville on both sides of the ball. The Huskies line Kelly up at wide receiver on offense and use him as a defensive back on the defensive side of the football, which is something that is not seen often within the 7A classification inside the state of Alabama. The junior said he feels his increase in production on offense is a result of him working hard to improve two areas of his game.

At 6-2 and 180 pounds, Kelly is a physical prospect, who showcases that physicality on both sides of the football. He is comfortable pulling in catches in traffic and has high-level ball skills, which helps him out on offense and defense. Although it is evident that Kelly possesses strong hands, he still wants to improve on bringing in ‘tough catches’

Kelly’s recruitment remains wide open as offers continue to roll in. Arizona Sate, Nebraska and Michigan are among the programs recruiting Kelly the hardest at the moment. The Hewitt-Trussville product said he is looking for a school that puts his education first.

“If I leave early, I want to be able to come back and finish my degree if I do not finish it in three years and I want to have a good relationship with the players on the team,” Kelly said.

Alabama will continue to build a relationship with this in-state wideout as they have not pulled a wide receiver from the state of Alabama since signing Henry Ruggs III in the 2017 recruiting class.