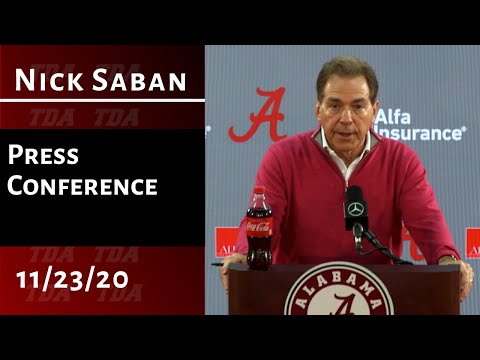 Saban also took questions on the growth of quarterback Mac Jones from a year ago, what he’s thankful for, the defenses improving numbers on third down. The head coach also gave an update on injured running back Trey Sanders and wide receiver Slade Bolden who left last week’s game with an ankle injury.