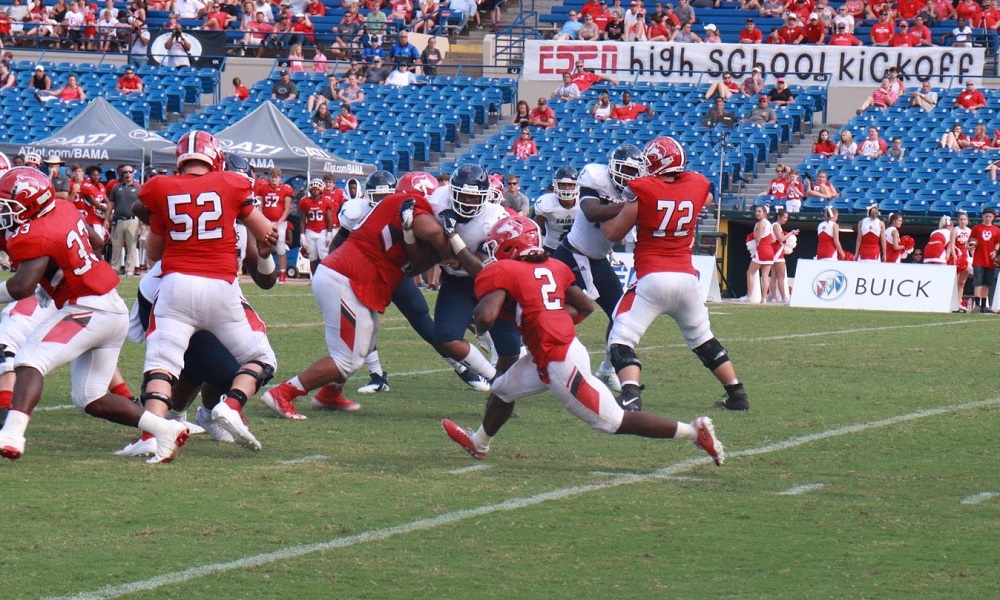 Armoni Goodwin announced his de-commitment from the Auburn Tigers Monday and stated he wanted to “explore his options, during this short amount of time.”

Goodwin is a product of Hewitt-Trussvile High School in Trussville, Alabama. He has looked like an Auburn lock since committing to them in May of 2019. Since that point, his commitment has not wavered much.

Alabama is one of those programs as they offered him in June. Florida State and LSU are also schools to consider with them being among the programs to offer Goodwin recently. Auburn also still looks like a contender, considering the strong relationship Goodwin has with the Tigers’ coaching staff.

4-Star RB and Auburn commit, Armoni Goodwin @ArmoniGoodwin24, has been running the ball for @HuskyFast for a few years now.

Alabama put an offer on the table in June. pic.twitter.com/h9tDkcFOjf

Alabama’s freshman defensive back and Goodwin’s former teammate Malachi Moore did not waste anytime throwing the Tide in the mix for Goodwin once he announced his de-commitment.

At 5-8 and approximately 195 pounds, Goodwin is a shorter back, who runs with great power and balance.