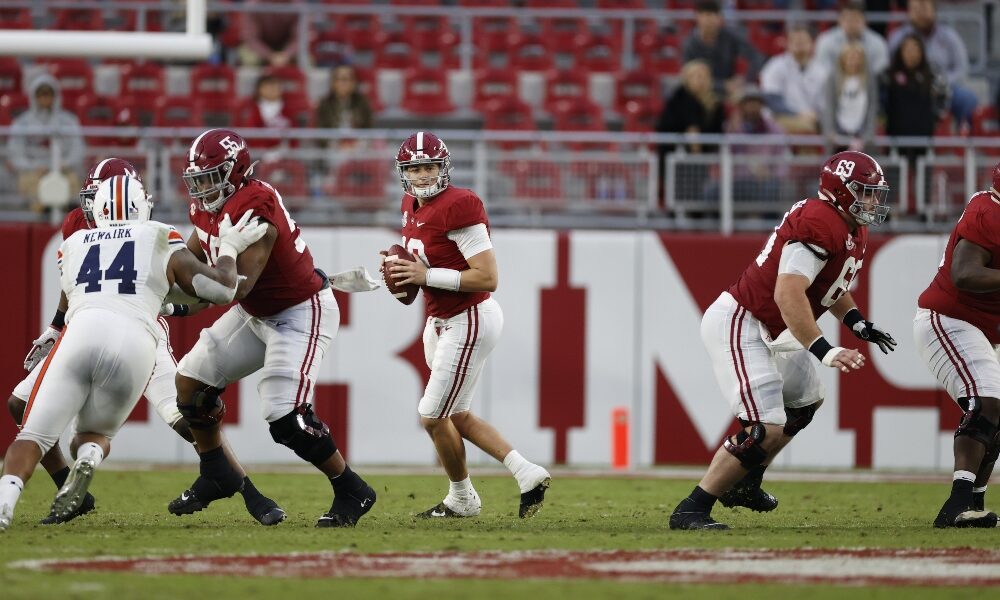 For the fourth time this season, Alabama quarterback Mac Jones has been named SEC Offensive Player of the Week after a massive performance in the Iron Bowl.

Jones had previously been honored for his games against Texas A&M, Georgia and Tennessee.

Last Saturday, he was able to have a bounce-back game against dreaded rival Auburn after throwing two interceptions in the heartbreaking loss a season ago. This time around the Crimson Tide was able to win 42-13 behind the arm of Jones.

Alabama will travel to Baton Rouge this week to take on the LSU Tigers in hopes to avenge another loss from a season ago.