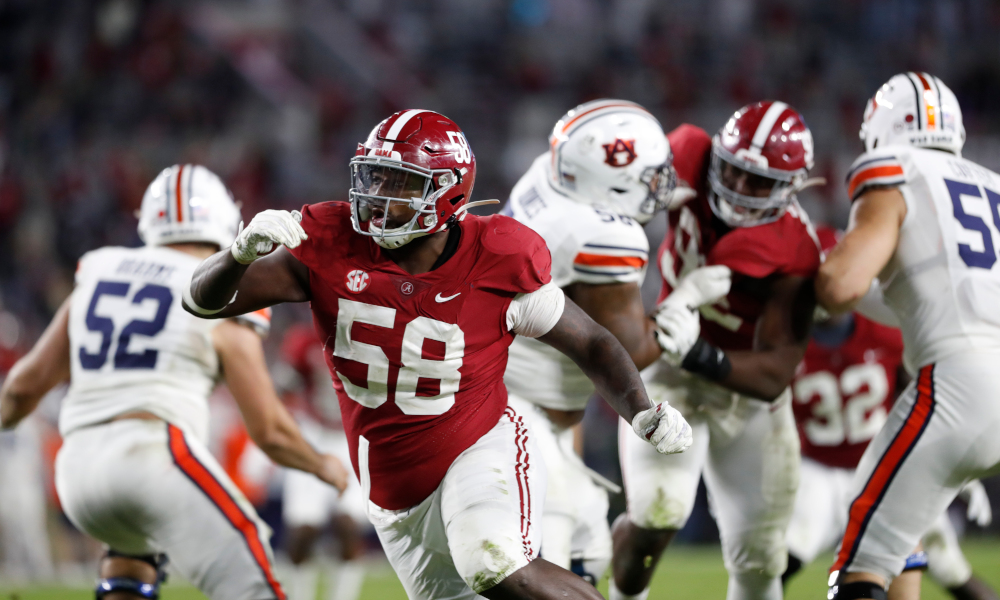 Alabama football had neither a spring practice nor a traditional fall camp, due to the Coronavirus pandemic, but it has recorded an undefeated season under Nick Saban.

Regardless of it being an unprecedented year, the Crimson Tide is starting to come together on defense.

RELATED: WATCH: Is Steve Sarkisian the primary option for “coach in waiting” at Alabama after Iron Bowl win?

Since the second half of its matchup with Georgia, the Tide has allowed 33 total points.

In the aftermath of its meeting versus Mississippi, Saban has witnessed his group on a mission to create turnovers. It has been responsible for 10 takeaways in its last five contests, including three returned for touchdowns. Part of the reason behind its improvement is Alabama having defensive impact players that are emerging at the right time. When one looks at Christian Barmore, Byron Young, Tim Smith, Phidarian Mathis, Christian Harris, William Anderson, Christopher Allen, Malachi Moore, Jordan Battle, Patrick Surtain II and Josh Jobe, some of these athletes have been playing their best as of late.

Alabama fans had a few of these players listed as standouts prior to the start of the season, and they are excited to see them shine.

This weekend, the Tide has a date with LSU inside Tiger Stadium.

After losing to Ed Orgeron and the Tigers in 2019, Saban and company are out for revenge.

On Monday, yours truly of Touchdown Alabama Magazine brought up a conversation on Alabama’s defensive impact players via In My Own Words.

Be sure to subscribe to TDA on YouTube to watch the show every Monday, Wednesday and Friday at 6:00 p.m. CT.