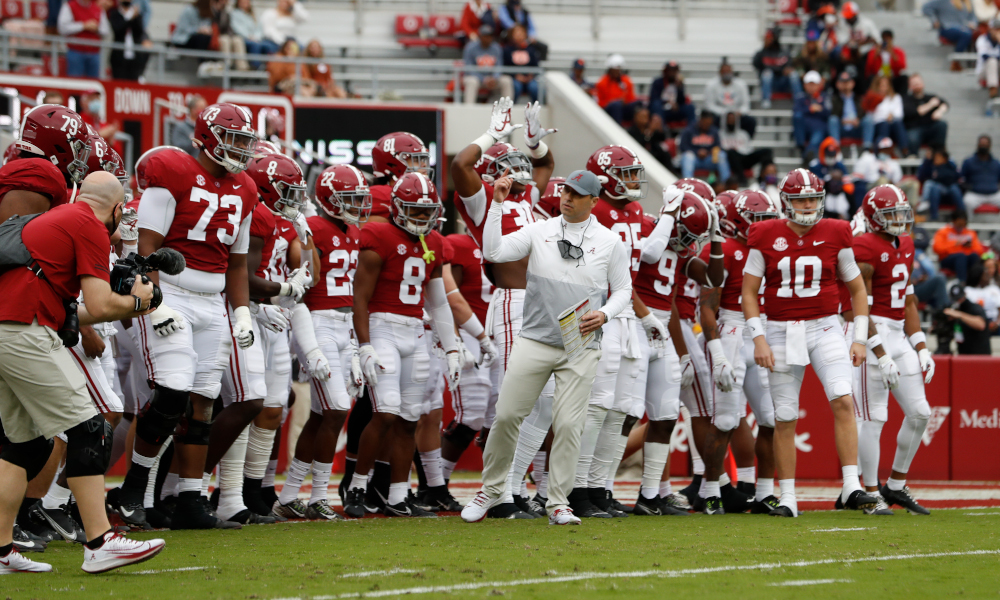 In a time where Nick Saban had never missed a game in 14 years at Alabama, Steve Sarkisian got a rare opportunity to act as the Crimson Tide’s head coach for the Iron Bowl.

Not only did he have the players prepared to win, but his game plan offensively allowed Alabama to jump out to an early lead and forced Auburn to pass the ball with Bo Nix more than it wanted.

After earning an impressive 42-13 victory, there have been some conversations among Tide fans on Sarkisian needing to be the “coach in waiting” to take over when Saban decides to retire.

Sarkisian, 46, served as a head coach for seven years at Washington and University of Southern California.

Both stops were not as fruitful as he would have liked; however, he grew from the experience.

Sarkisian also spent two seasons with the Atlanta Falcons (2017-18) of the National Football League at offensive coordinator. Alabama has been explosive on offense under Sarkisian in the last two years and with it having Bryce Young, the talented play caller has to get a chance to produce him into being a household name.

The interesting thing is other teams, both college and NFL, saw the Iron Bowl too.

With coaches getting fired left and right, enticing offers will come to Sarkisian.

Can Saban hold on to his coordinator for a little longer? This is what Alabama fans are hoping.

On Monday, yours truly of Touchdown Alabama Magazine discussed Sarkisian potentially being the next head coach for the Tide via In My Own Words.

He does want to remain at Alabama, but it might be a fight to keep him.

Be sure to subscribe to TDA on YouTube to catch the show every Monday, Wednesday and Friday at 6:00 p.m. CT.