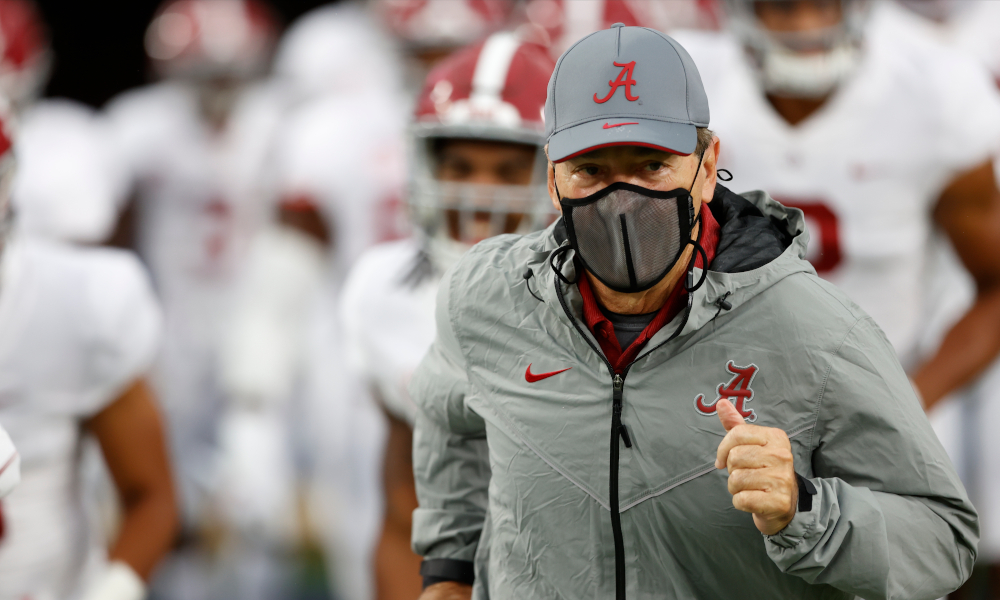 Even though the head coach may not say it, today’s game between Alabama and LSU for many people is about revenge.

For the majority of the week when asked about the prospect of revenge against a Tigers team that celebrated on the field and inside the locker room of Bryant-Denny Stadium last season, every member of the Crimson Tide said this game will get treated like any other.

But for most Alabama fans, today is about the latter and one of those calling for the number one Crimson Tide to run up the score on LSU is the daughter of Nick Saban, Kristen Saban Setas who shared last night what she thought the team’s mindset should be today.

Alabama kicks off against LSU at 7 p.m. CT on CBS, with many fans tuning in to root for a lopsided affair in favor of the Crimson Tide.