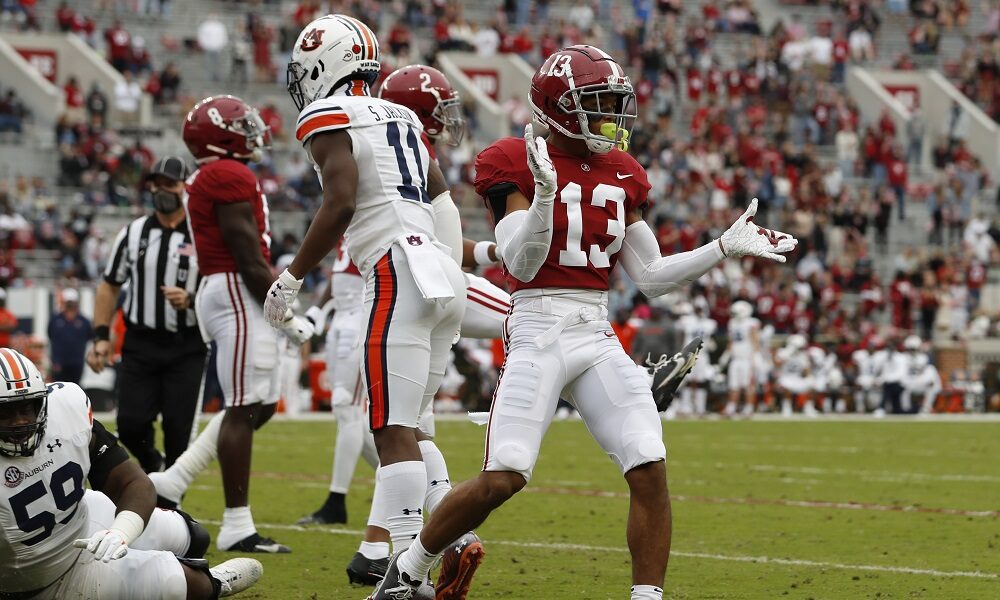 On Sunday ahead of the national championship game, Alabama head coach Nick Saban provided a few final injury updates on some of the key players in the Crimson Tide’s lineup.

Saban mentioned during his press conference that freshman defensive back Malachi Moore would still be “very questionable” for the game tomorrow after suffering a few injuries in practice. Moore’s injuries kept him out in the Rose Bowl against Notre Dame one week ago.

One player whose seemingly been on the injured list all season has been defensive lineman LaBryan Ray. Ray has battled a naggin elbow injury all season long which has made his availability rather inconsistent.

Luckily for Ray, Saban said his status is a little more “probable” for Monday’s game.

“LaBryan Ray probably a little bit more probable,” Saban said. “He’s been able to practice this week and hopefully we’ll get some contribution from him.”

Lastly, and certainly not least, Saban once again gave an update on wide receiver Jaylen Waddle.

Saban confirmed Waddle has continued to practice and still remains a “game-time decision” against Ohio State.

“Well, he has been able to practice to some degree,” Saban said. “I think the biggest challenge is can he sustain in the game, and it’ll be a game-time decision as to whether he thinks he can play and go out there and do his job well enough to contribute to the team, and we won’t know that until we get out there after pregame warmup.”

Waddle has been out with an ankle injury since the Tennessee game and has been working back to hopefully make an appearance in the national championship game.