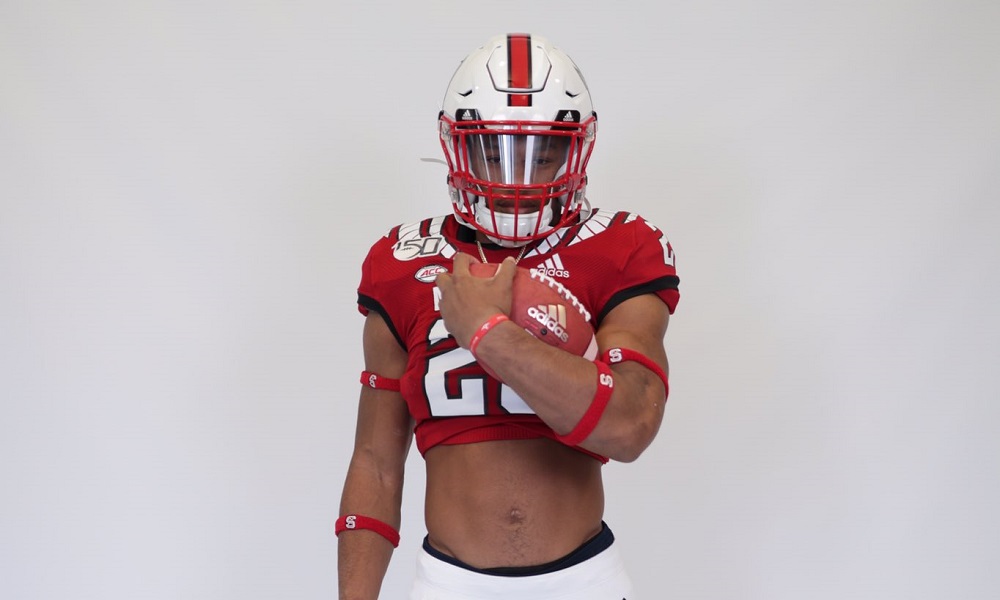 Omarion Hampton is one of the top running back prospects in the 2022 recruiting class, and he could be closing in on an Alabama offer now that the Crimson Tide have hired Robert Gillespie as their new running backs coach.

Hampton is the top running back in North Carolina and is one of the most highly-recruited prospects in the 2022 class. His hard-nosed running style has several SEC programs after the North Carolina native. Alabama has not extended an offer to Hampton yet, but Gillespie has been in contact with him since joining the Tide’s coaching staff.

The four-star recruit said he feels it is a plus to him that Gillespie is in Tuscaloosa.

“I really like the way they use their running backs in the backfield and how they run things there,” Hampton said. “I have a good relationship with coach Gillispie. It is a big plus that he is there.”

Gillespie was Hampton’s primary contact with North Carolina when he was on the Tar Heels’ coaching staff.

“I appreciate the way he has kept his relationship with me,” Hampton said. “I liked the way he coached when he was at North Carolina. We have FaceTime twice since he got hired at Alabama, and we are continuing our once a week calls.”

North Carolina post-pone its high school football season due to concerns over the spread of COVID-19 in the fall. Hampton will begin his junior season with Cleveland High School on Feb. 26. He is coming off of a strong sophomore campaign.

Hampton rushed for 2,402 yards and 13 touchdowns on 250 carries as a 10th grader, according to MaxPreps. He accomplished this with his physical running style at 6-foot and 215 pounds. He displayed great balance and constantly ran through arm tackles. He was also able to show that he had a great initial burst and was able to catch the football coming out of the backfield.

More than 20 D1 programs have offered Hampton a scholarship. This number is expected to grow after his junior season wraps up. The Crimson has plans to add a couple of running backs in the 2022 recruiting cycle, and Hampton would be a good fit for one of those spots.