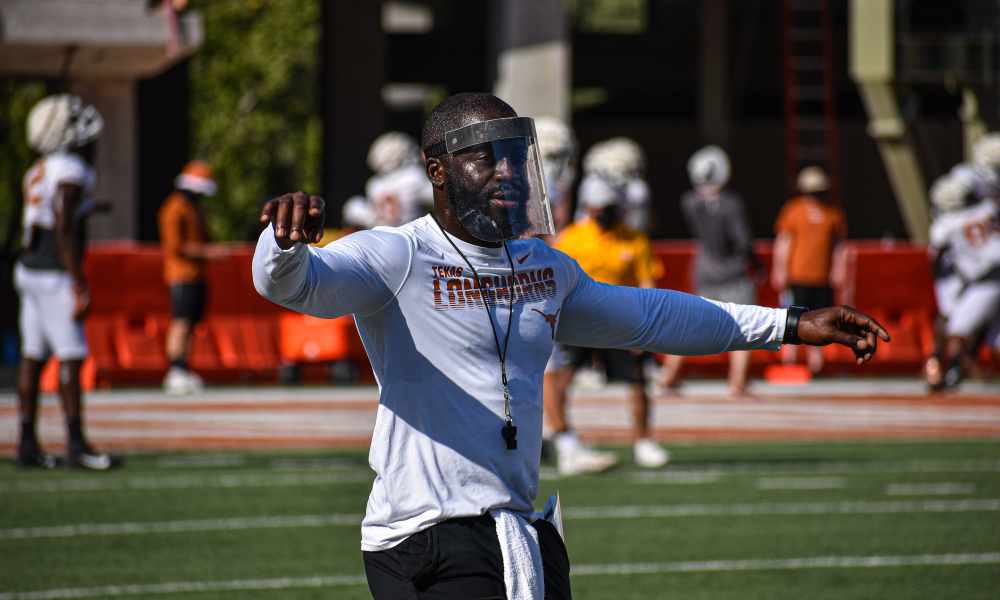 Alabama football has locked in Jay Valai as its cornerbacks’ coach.

He replaces Karl Scott and restores the Crimson Tide with a connection to the state of Texas.

An alumnus of the University of Wisconsin and former two-time second-team All-Big Ten selection, Valai took to Twitter last week and confirmed his decision to join Nick Saban’s coaching staff. Before getting an opportunity at Alabama, Valai served as a defensive assistant at Georgia (2016-17), Kansas City Chiefs (2018), Rutgers University (2019), and University of Texas (2020).

He was hired on Jan. 20 to be the cornerbacks’ coach for the University of Houston; however, he accepted a position with the Philadelphia Eagles 12 days later.

Before pursuing a coaching career, he spent six years (2011-16) operating his own sports performance facility as he trained professional athletes from the NFL and NBA. He also spent time working with high school athletes.

Valai has been a defensive quality control coach and a cornerbacks’ coach.

His decision to come to the Tide gives Saban a third former NFL assistant coach on his roster.

Despite targeting other candidates, Valai gives Alabama a chance to build continuity on its coaching staff. As a young coach, he will provide energy and enthusiasm on the recruiting trail.

Coach Saban is known for getting athletes to the NFL and in having a young coach that has been in the league before, Valai will continue to coach the right technique. Then, there is Valai’s experience in the Southeastern Conference.

Saban is at a point where he wants coaches that have a footprint in the conference.

Valai was on Kirby Smart’s staff at Georgia in 2017. He helped the Bulldogs limit opponents to 16.4 points per game and allowed two teams to score 40-plus points. Valai assisted Georgia to an SEC championship, Rose Bowl victory, and a berth in the College Football Playoff National Championship Game. It suffered a loss to Alabama, but Valai helped four players get drafted to the NFL.

With him not being highly known, it allows Alabama to have Valai for three to five years.

Ultimately, it gets someone who has played the game and coached it on the college and pro level.