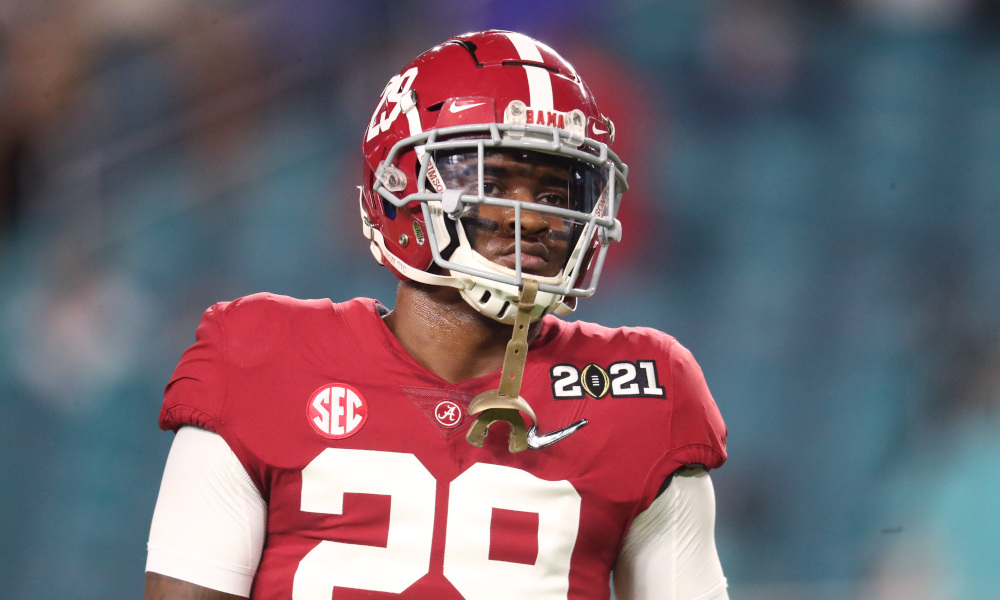 He was one of Alabama’s most exciting young players on defense in 2020.

DeMarcco Hellams arrived as a four-star safety in the 2019 recruiting class, but he quickly became a force. A native of Washington, D.C., Hellams carved out a role on Alabama’s third-down defense. He earned Player of the Week honors on defense and special teams from the Tide’s coaching staff versus Missouri, Arkansas, Mississippi State, and Florida. He was a tackling machine at DeMatha Catholic School, but Hellams had the hit-stick on display for Alabama.

He finished fourth on the roster for total tackles (62) and was fifth in solo stops (36). The 6-foot-1, 208-pounder had 1.5 tackles for loss, one sack, and three pass breakups in 13 games. His finest performances came in matchups against LSU (on the road) and Notre Dame (Rose Bowl).

RELATED: Trey Sanders eyes a bounce back season at Alabama in his third year

In the absence of Daniel Wright, Hellams posted eight tackles versus the Tigers and one pass breakup. He frustrated Ian Book and the Fighting Irish at AT&T Stadium, totaling a game-high and career-high 12 tackles and one sack. Fans of the Crimson Tide were impressed with Hellams’ excellence on the field. Some look for him to grab a starting spot in the defensive secondary next fall.

On Sunday, Hellams released a hit-stick highlight tape to recap his sophomore year.

He resembled former standouts, Mark Barron and Landon Collins, on a few of his plays.

Next season will be more of Hellams establishing himself.