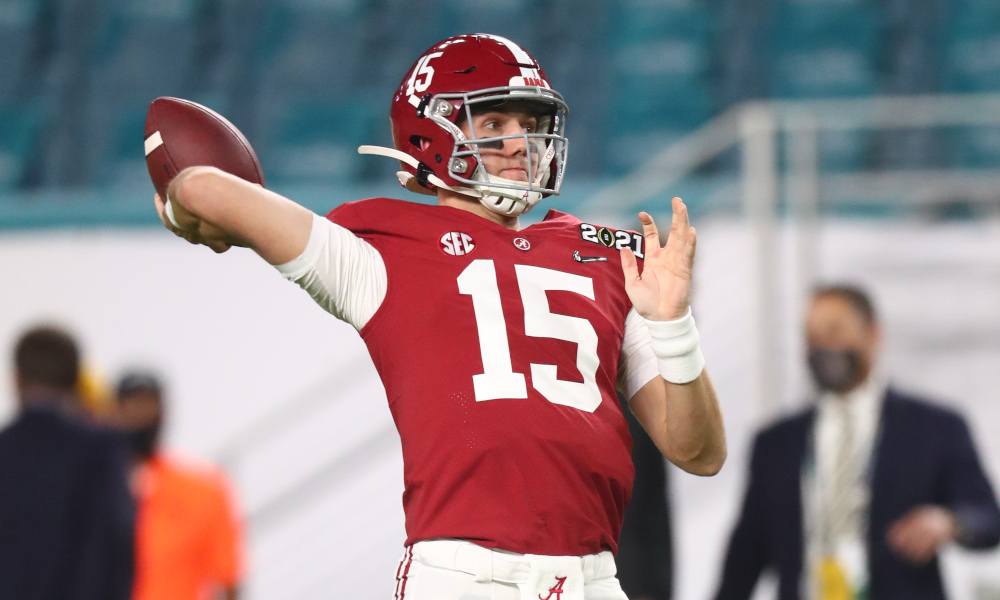 Spring football at the University of Alabama is going to be important.

As the Crimson Tide’s new offensive coordinator, Bill O’Brien has three quarterbacks to choose from. All three bring different talents to the offense, but which one will best fit O’Brien’s scheme? Most fans are excited to see Bryce Young rise to stardom as a sophomore. He arrived as a five-star from California in the 2020 class and saw action in nine games last season.

For others, their eyes are on Jalen Milroe.

After watching Jalen Hurts dominate as a freshman from Texas, people are refusing to sleep on Milroe.

RELATED: Pro Football Focus names Alabama’s Will Anderson as one of its top DL for next season

Despite the athleticism of both players, Paul Tyson is the one who is preparing to shock the world.

A native of Trussville, Ala., Tyson came to the Tide as a four-star in 2019. He turned in a strong career at Hewitt-Trussville High School, recording more than 6,500 passing yards and 69 touchdowns. Tyson was 19-5 as a starter and is the great-grandson of Paul W. “Bear” Bryant.

Coach Bryant propelled Alabama football into the national spotlight and was a six-time champion.

Tyson enters his third year in the program and has the capability to be an elite passer.

According to Lavelle Durant, an elite quarterback developer from Seattle, Wash., he has been training Tyson on his footwork, passing mechanics, and accuracy during the last two years.

Durant was at the Tide’s indoor practice facility last week and had Tyson looking impressive.

Whether it was his footwork, his ability to connect on different passes, the change of speeds on his throws, or his ball placement, Tyson looked comfortable targeting wide receivers. When discussing current/former NFL signal-callers, Tyson carries the size of Ben Roethlisberger, the arm talent of Philip Rivers/Drew Brees, the footwork of Aaron Rodgers, and the mindset of Tom Brady.

In a conversation with Jared Mayden, the former Alabama safety told yours truly of Touchdown Alabama Magazine that Tyson has a very strong and accurate arm. Mac Jones proved last season that the Tide does not need an overly athletic quarterback to win a national championship.

Jones tossed for 4,500 yards and 41 touchdowns, to help Alabama capture the College Football Playoff trophy. Tyson is a bigger version of Jones with a much stronger arm at the position. Alabama has yet to have a quarterback win the Heisman Trophy, but maybe it is Tyson’s time to do it.

RELATED: Does the loss of Ale Kaho mean Henry To’o To’o is heading to Alabama?

He was born to be the leader for the Tide and he looks to get it done at spring practice.