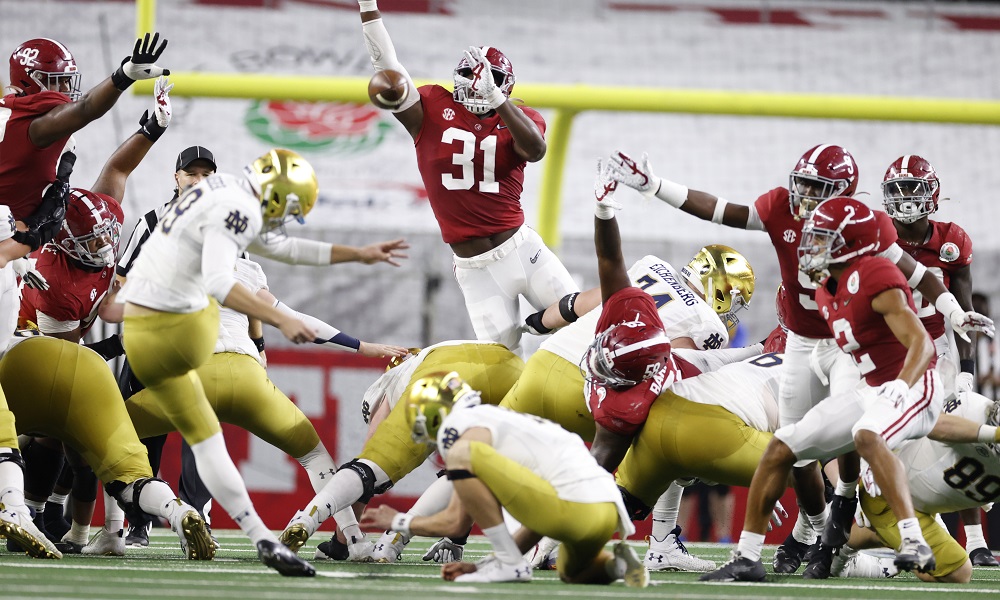 He responded well to big expectations in high school, and he is set to meet demands as a sophomore for Alabama football.

William Anderson, a native of Hampton, Ga., was impressive in 2020 during his freshman season.

His name was constantly mentioned in the summer program, and he made an impact in preseason camp. In the final two weeks of practice, he won the starting job at jack linebacker over Ben Davis. The former five-star turn in a campaign of 52 tackles, 10.5 tackles for loss, seven sacks, eight quarterback hurries, and one forced fumble. After getting his first career sack versus Auburn, Anderson responded with two sacks in the Crimson Tide’s meetings versus LSU, Arkansas, and Florida. The 6-foot-4, 235-pounder received Freshman All-SEC (league coaches) and Freshman All-American (Football Writers Association of America) honors for his performance.

Anderson was also awarded the Shaun Alexander National Freshman Player of the Year.

RELATED: Does the loss of Ale Kaho mean Henry To’o To’o is heading to Alabama?

As good as he was last season, one national media outlet expects him to be even better.

According to Pro Football Focus, Anderson is one of 10 players on its top returning defensive lineman list for college football.

He and Demarvin Leal (Texas A&M) are the two Southeastern Conference players represented.

He has often been compared to Tim Williams, but Anderson has an opportunity to be better.

He has a high ceiling as an edge rusher and Tide fans anticipate him reaching his full potential.

Anderson paced Alabama to an SEC championship and a College Football Playoff national title in his first season. He is looking forward to becoming an asset in the school winning back-to-back titles for the first time since 2011-12.