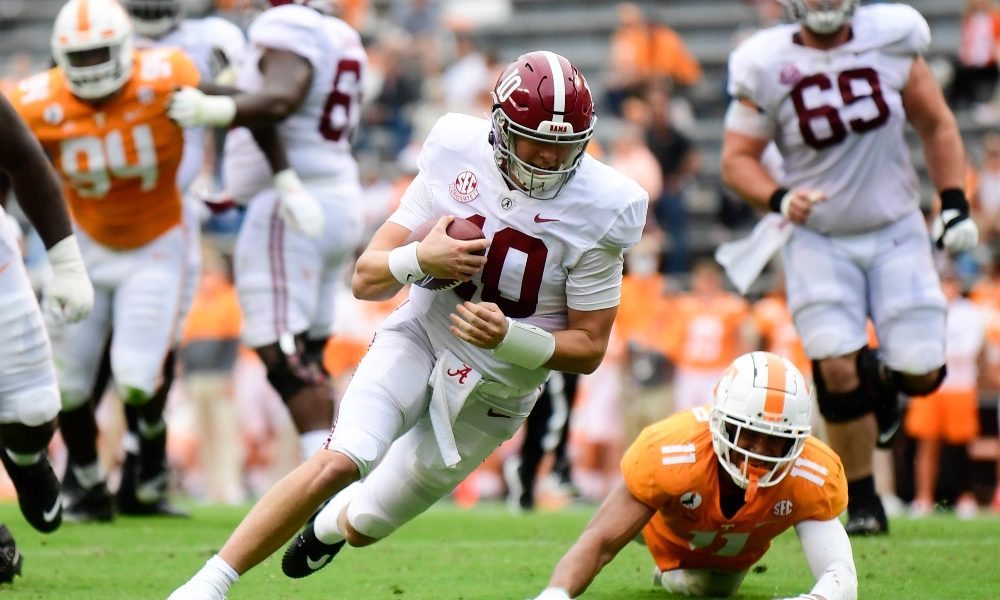 Bill Belichick was not happy with Tom Brady leaving the New England Patriots and winning a Super Bowl elsewhere.

It was bad enough for Belichick to see Brady win without him; however, watching Belichick and the Patriots miss the playoffs for the first time since 2008 was worse. New England has never been a franchise to spend a lot of money in free agency, but things have changed. In the last two days, the Patriots have targeted some of the best offensive talents in the National Football League.

Cam Newton has returned to the Patriots on a one-year deal, but the piece that can have it winning multiple Super Bowls is in this year’s draft.

Everyone has Mac Jones positioned to be drafted by New England. The former University of Alabama quarterback has been compared to Brady by every major NFL Draft expert.

He set the Crimson Tide’s single-season passing record (4,500 yards) in 2020 and tossed for 41 touchdowns. He guided Alabama to a College Football Playoff National Championship and finished his redshirt junior season as a Heisman finalist. Jones’ accuracy, ball placement, preparation, and leadership made him a permanent team captain and an All-American.

He dominated the Reese’s Senior Bowl and is expected to be selected in the first round.

Josh McDaniels created a lot of magic with Brady. If he can get the more ‘mobile’ version of the seven-time Super Bowl champion, the Patriots will take back the AFC East.

The Buffalo Bills are surging with Josh Allen, and the Dolphins see huge things in year two from Tua Tagovailoa. His playing style resembles Brady, and Jones’ preparation is close to him too.

Belichick wants his team to return to being feared across the league. Should he get Jones, New England will see a resurgence of winning NFL titles.