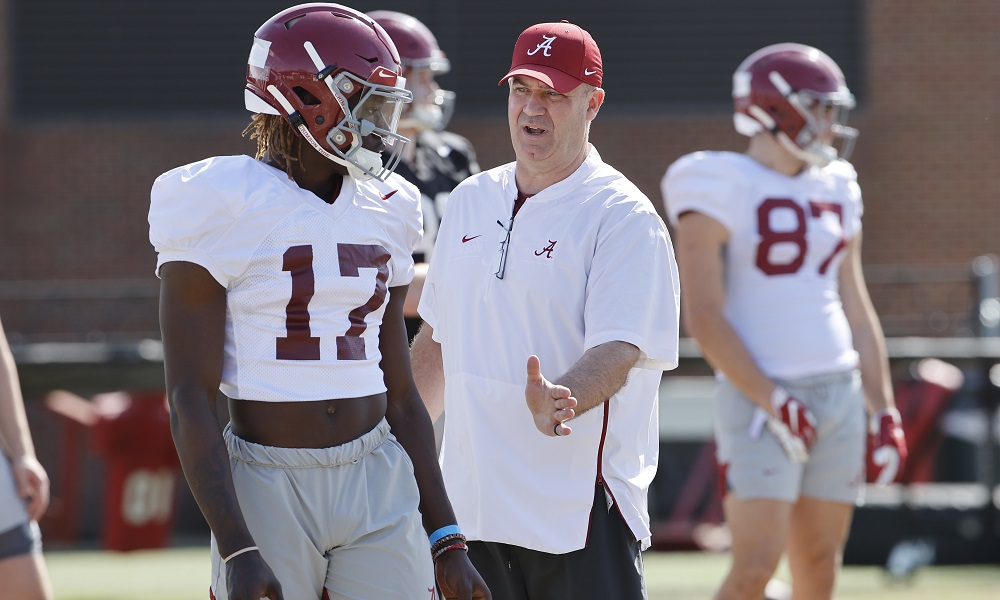 Spring football is under way at the University of Alabama.

As we continue with the offense, the next profile piece is on Agiye Hall.

–Summary: Hall is a physical wide receiver who possesses a lot of athleticism.

The former five-star recruit displayed his aggressiveness in multiple ways on the high school level. He pulled in contested catches in jump-ball situations and helped pave the way for running backs down the field by blocking. Hall also fought for extra yards at the end of plays.

Hall’s willingness to do things outside the norm of a wide receiver for Bloomingdale High School stood out during his senior season. He made some impressive blocks as a wide receiver and when blocking on kick returns. Hall also played multiple positions within the secondary along with serving as one of the punters for the Bulls.

His lengthy frame and impressive vertical make him a weapon in jump-ball situations as a receiver. A blend of flexibility and athleticism allow him to make some acrobatic catches. Once he has the football in his hands, he can make some exciting plays in the open field.

He is pretty elusive for a guy his size. Hall’s route running has continued to improve, but he will make another huge jump in his development when he consistently runs crisp routes.

Alabama returns Slade Bolen and John Metchie. Both wide receivers have starting experience. The door is open for a freshman wide out to work themselves into the rotation.

Hall will attempt to make his case throughout the spring. If he does not crack the rotation, Hall could get some playing time on special teams.