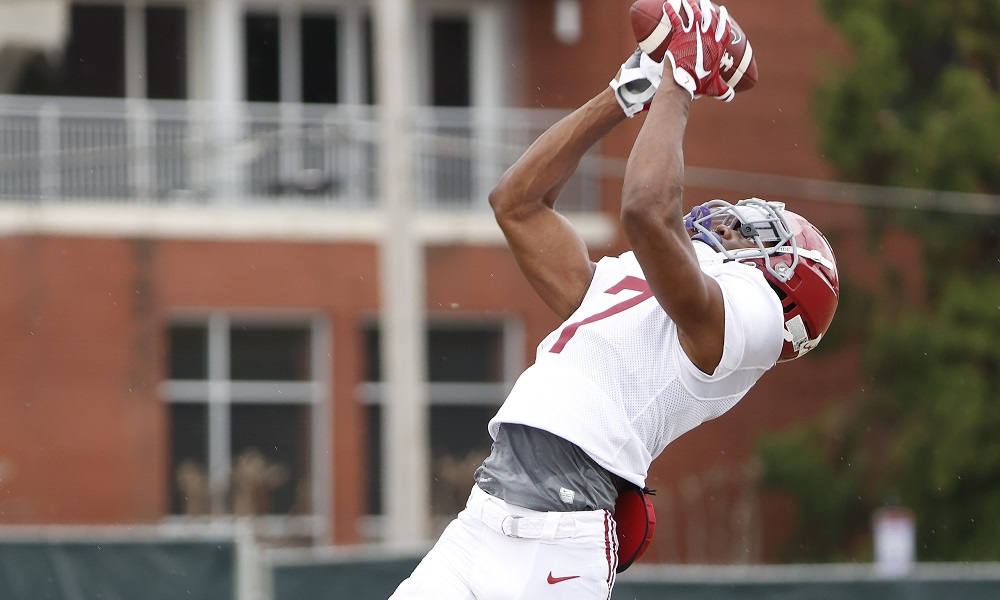 Spring football is under way at the University of Alabama.

As we continue with the offense, the next profile piece is on Jacorey Brooks

–Summary: Brooks plays like a veteran wide receiver with the level of confidence he brings to the gridiron.

The IMG Academy product was one of the best route runners in the 2021 recruiting class. He runs routes under control and can create separation in a variety of ways. His quick footwork and lengthy frame make him effective at running short routes.

The former four-star recruit is a long-armed wide receiver who has an extremely wide catch radius. He was his quarterbacks’ best friend at the high school level as he pulled in almost everything within arm’s length. Although he does not have elite speed, he can make plays with the ball in his hands with his strength and deceptiveness.

As a senior for  IMG Academy, he also served as a kick and punt returner.

Brooks has the skill set to make an impact in year one. He is arguably the most college-ready wide receiver Alabama signed in the 2021 recruiting class. The Miami, Florida native can introduce himself to college football on A-Day.