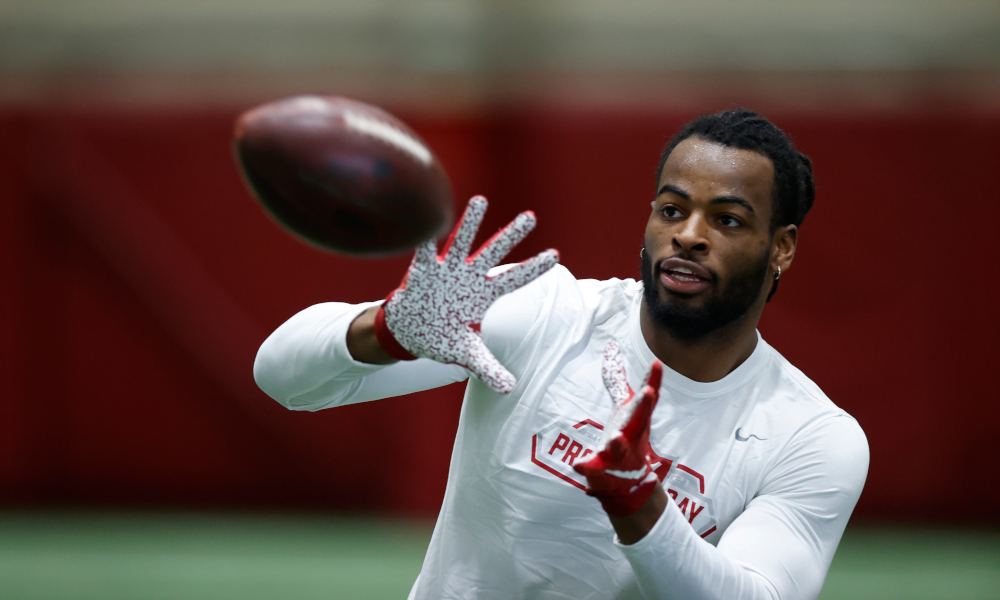 When student-athletes are under Nick Saban at the University of Alabama football program, he instructs them to pay no attention to anything coming from the media.

It becomes a different story when a player makes the transition to the NFL Draft. Najee Harris overcame a childhood that had him at a disadvantage, to becoming one of the best running backs in Crimson Tide history and Southeastern Conference history.

In his final two seasons at Alabama, he twice rushed for 1,000+ yards. Harris led the SEC in 2020 for carries (251), rushing yards (1,466), and touchdowns (26) while his output for yards and scores ranked third and first, respectively, in college football.

He also doubled as a receiver, proving his versatility to everyone. Harris collected 70 passes for 729 yards with 11 touchdowns combined in 2019 and 2020. The California native had 43 receptions last year for 425 yards and four scores. Listed at 6-foot-2 and 230 pounds, the former five-star represents the modern-day back in the NFL. Harris was a Heisman finalist, Unanimous first-team All-American selection, and the Doak Walker Award winner last year. According to an article in the New York Post, Harris was featured on Adam Schefter’s podcast. The ESPN insider would read him the draft report that Todd McShay had on him, and this infuriated Harris. One of the statements Schefter read was McShay stating how Harris showed “improvement” as a pass-catcher. He enjoys having fun with reporters, but the 2020 national champion is also one that will be blunt with people too.

“I think Todd McShay can kiss my a–,” Harris said to Schefter.

“How is he gonna say ‘He showed better production?’ I did not play my freshman or sophomore seasons, rarely, ever. I didn’t have an opportunity to show I could catch. It’s not ’cause I can’t, it’s ’cause I wasn’t in the game to show people I could catch. So let’s just stop looking at the stat sheet and watch the game.”

In his defense, Harris is correct.

As a true freshman, he was behind Damien Harris and Bo Scarbrough in 2017.

He did not receive many opportunities, and his quarterback — Jalen Hurts — would run the ball too. Harris’ big moment did not come until the 2018 College Football Playoff National Championship matchup versus Georgia.

He and Tua Tagovailoa both emerged off the bench in the second half and rescued the Tide to a 26-23 comeback victory. During his sophomore year, Damien Harris and Josh Jacobs saw more time than Najee Harris did. The 2019 season saw Harris open up, and it was not until a meeting against Louisiana State University that he took over. His final two years showed Tide fans what Harris was about as a player.

He ended his career as Alabama’s all-time leader for rushing yards (3,843) and touchdowns (46).

Harris is expected to be the first running back taken in the draft.