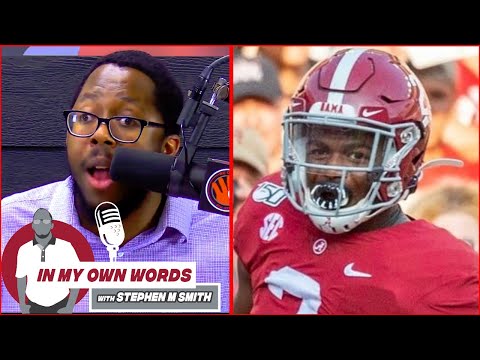 Everyone within the University of Alabama football program is excited that Keilan Robinson returned, and the junior running back is having a great spring.

He is running with speed and power, catching passes as a receiver, and returning kickoffs on special teams. Nick Saban wants to have all his playmakers on the field in the fall, and Robinson brings an element that the Crimson Tide needs.

A native of Washington, D.C., Robinson is starting to look like a combination of Kenyan Drake and Josh Jacobs at the position.

RELATED: Jaylen Waddle was clocked at a ridiculously fast speed during touchdown catch against Georgia

Drake had the speed, hands, and versatility of a receiver/return specialist.

As for Jacobs, he had the ability to finish runs with authority. Jacobs also possessed the capability to catch passes and return kickoffs.

On Wednesday, yours truly of Touchdown Alabama Magazine discussed the former four-star via In My Own Words.

Can Robinson be the game-changer that Drake and Jacobs were? He is ready to prove it in the coming fall.