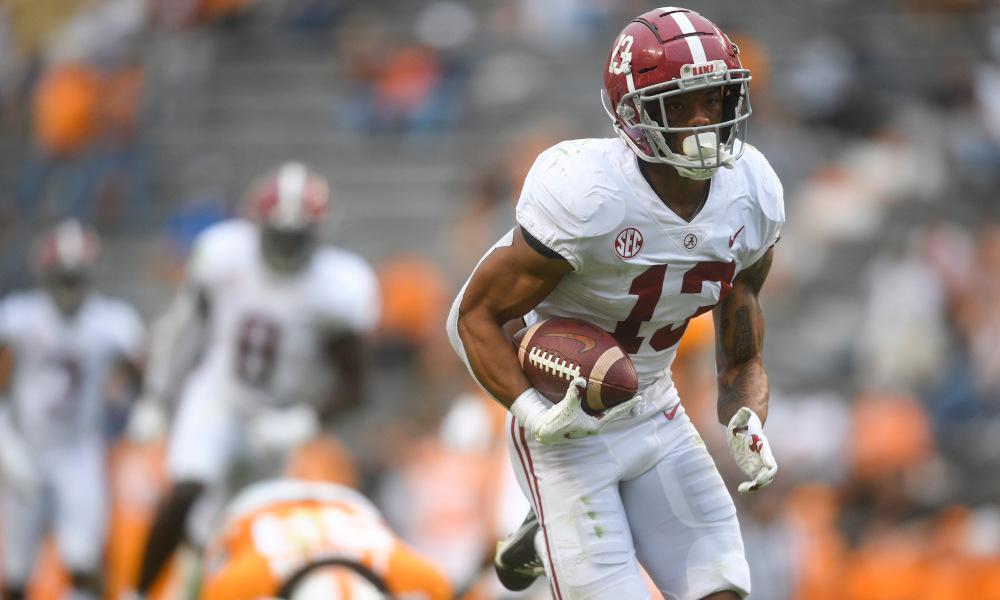 He is an in-state talent, but Malachi Moore wants to assure everyone that he bleeds nothing but crimson.

Moore could not have scripted a better freshman season for himself. The former four-star totaled 44 tackles (four for loss), six pass breakups, two quarterback pressures, one forced fumble, one fumble recovery, and three interceptions (team-high) in 2020.

He took his fumble recovery versus Tennesee for a 28-yard touchdown and guided Alabama’s defense to leading the Southeastern Conference in points allowed (19.4). Despite missing the last three games of the season with an injury, Moore earned Freshman All-SEC and second-team All-SEC honors. The alumnus of Hewitt-Trussville High School was also a Freshman All-American.

As he prepares to add to his dominance in the fall, Moore decided to have his body committed to the Crimson Tide. He unveiled two awesome tattoos to social media. One has his No. 13, while the other pays homage to his hometown of Birmingham.

The 6-foot, 182-pounder is all about becoming a legend for the Tide. As a defensive back, he has garnered comparisons to former standouts, Minkah Fitzpatrick and George Teague. Teague has also been complimentary of Moore’s game and sees him as someone on the rise. This season is going to be fun to watch the sophomore take another step forward in his development.