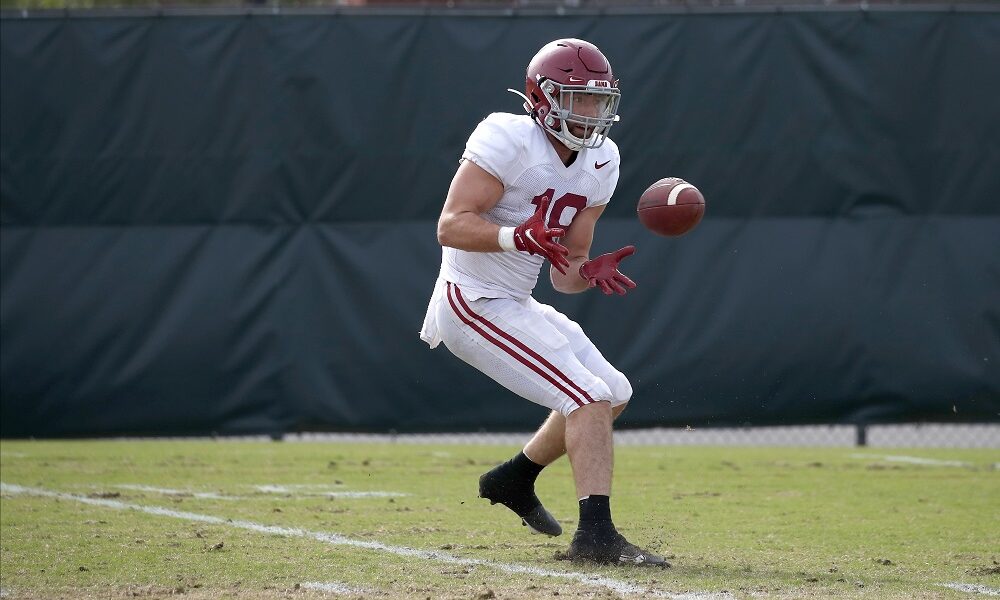 There will many new faces rocking the crimson and white for the first time in front of fans this upcoming Saturday during Alabama’s spring game. It’ll be a major opportunity to impress the coaching staff as well as the Alabama faithful in its first live-action since the national championship game.

As the game approaches coaches and players have offered a few words of advice to the tide newcomers and one of those handing out tips is wide receiver Slade Bolden.

Bolden, who saw his first serious playing time last season, is expected to be a leader for a position group that has lost the likes of DeVonta Smith and Jaylen Waddle. Alabama will continue to search for suitable replacements this coming fall, but so far throughout the spring, the young receivers have done a solid job developing.

“It’s always tough starting to get the concept of the offense down but I think everybody in the freshman group has done a good job of understanding what it takes to learn the concept and they’re also putting in the effort and working hard to improve themselves,” Bolden said. “And I think they have definitely improved themselves since the beginning of the spring.”

Without John Metchie for the spring, Bolden has assumed more of a leadership and teaching role in the group as he tries to adjust the newcomers to the college level.