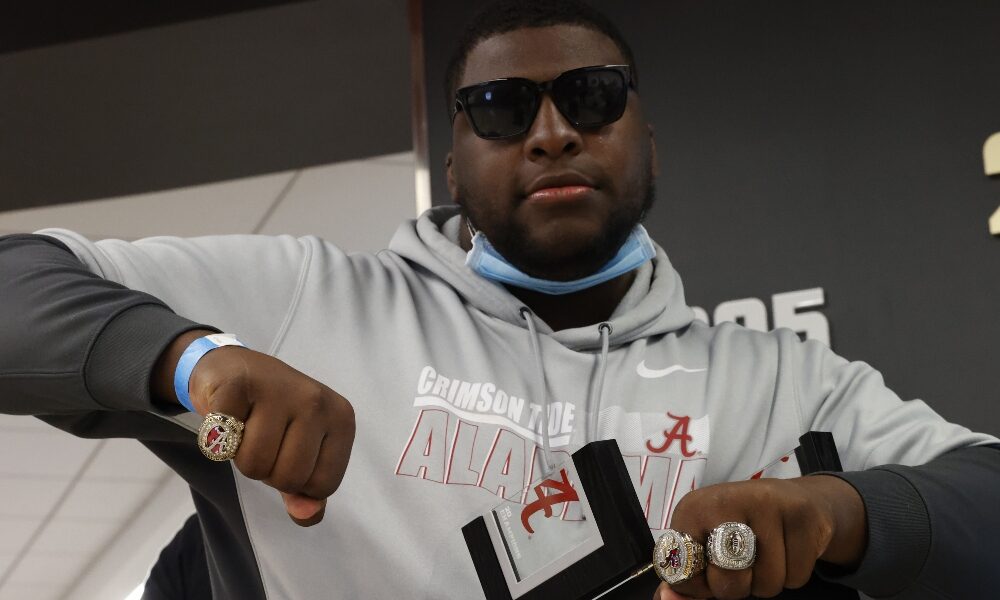 Players from the 2020 Alabama Crimson Tide were able to receive their rings on Monday during the annual steak and beans dinner.

A few Alabama players showing off their championship rings. pic.twitter.com/layfRAs6TL

“This is what you come to BAMA for…” #BamaFactor #RollTide pic.twitter.com/vdnY8F2OyY

The players received a total of three rings for their wins in the SEC Championship, Rose Bowl semifinal game and national championship. Alabama’s Twitter account released its own up-close images of the rings as well as a few diagrams for fans to see.

Last year’s team overcame unusual odds due to the COVID-19 pandemic which shortened the fall season to a 10 game SEC-only schedule that began in September. Despite the circumstances, Alabama went on to go 13-0 and defeat Ohio State in the College Football Playoff National Championship.

“They handled it better than anybody else,” head coach Nick Saban said when honoring the team following A-Day. “They continued to improve. It was almost like, ‘So what? What’s next?’ whether we had a game canceled, we had coaches not there, I wasn’t there. It really didn’t matter. They had a great sense of purpose. We had great leadership on that team. It’s something special, and I hope people certainly have an appreciation for that and don’t take it for granted.”