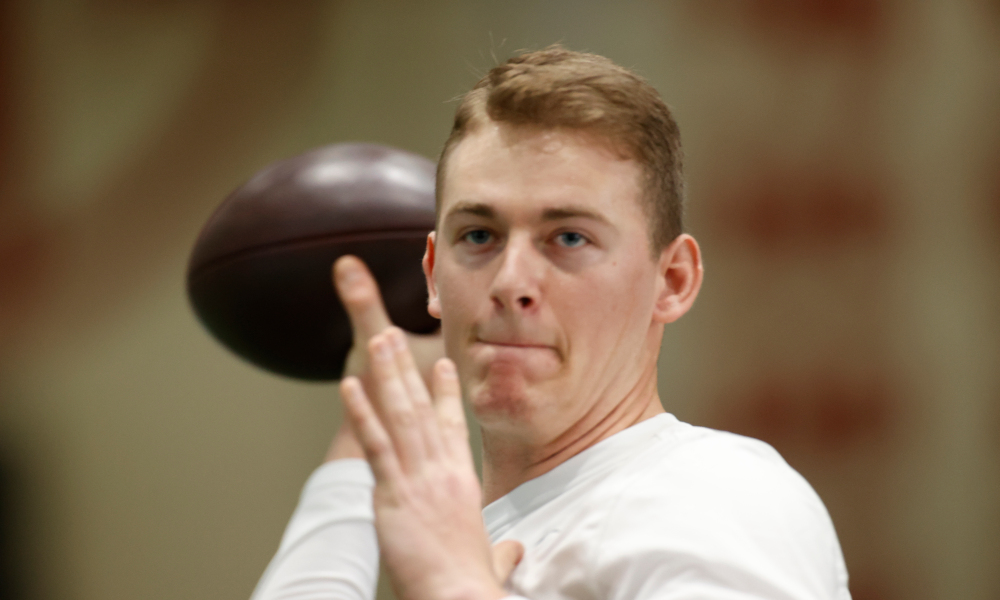 The NFL Draft starts Thursday night, and the San Francisco 49ers have narrowed its options to two quarterbacks.

According to Ian Rapoport of NFL Network, John Lynch, Kyle Shanahan, and the 49ers are looking closely at Mac Jones (Alabama) and Trey Lance (North Dakota State). Lynch and Shanahan were both at Ohio State for Justin Fields’ pro day, but the two players listed above have caught their attention the most. San Francisco acquired the No. 3 pick in a trade with the Miami Dolphins.

It has Jimmy Garoppolo, but the 49ers believe its signal-caller of the future is in this draft class.

The franchise is in “win now” mode, and it needs a quarterback that can guide it through a high-powered NFC West in the National Football League.

As the #49ers close in on their decision of which QB to take at No. 3, sources say they are down to two prospects — and the belief is those two are #Bama QB Mac Jones and #NDSU QB Trey Lance. Several sources say the focus does appear to have shifted to those two.

Jones spoke highly of Shanahan before Alabama’s second pro day. He rattled off different plays, schemes, and formations that the team likes to run. A native of Jacksonville, Fla., Jones would feel very comfortable in the 49ers’ system. During his lone year as a starter for the Crimson Tide, he set a single-season school record for passing yards (4,500) and tossed 41 touchdowns.

He finished his redshirt junior campaign as a Heisman finalist. According to some media personalities, the former Tide standout is the most “NFL ready” quarterback of the group.

His tape says it all, especially the accuracy, ball placement, timing, and leadership he possesses.

He also proved doubters wrong with his athleticism on pro day. Jones ran times of 4.68 and 4.72 seconds in the 40-yard dash.

Jones was not required to be a dynamic athlete at Alabama; however, he showed pro teams that he can be one.

It will be intriguing to see who the 49ers pick.

Jones is expecting to hear his name called early.