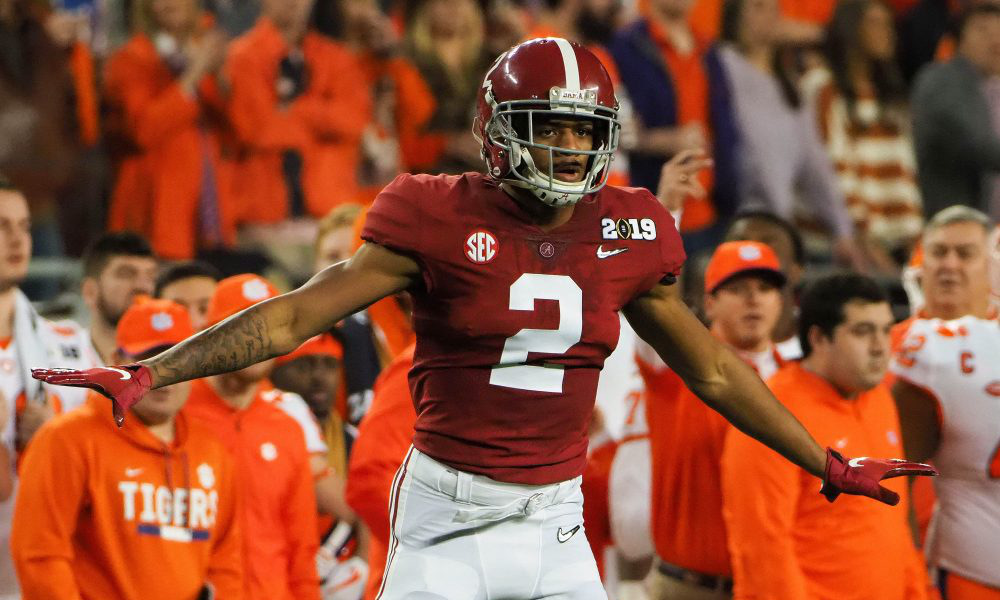 The Dallas Cowboys have a chance to upgrade its defense next week.

Patrick Surtain II is a top-10 pick, and he would fit what Dan Quinn wants to do in the secondary.

Trevon Diggs, Surtain’s former teammate at the University of Alabama, has been lobbying for the Cowboys to draft him. Willie McGinest, a former three-time Super Bowl champion with the New England Patriots, also sees greatness in Surtain.

As an analyst for NFL Network, McGinest broke down Surtain’s tape on NFL Total Access.

He praised the demeanor, football intelligence, and versatility of the former All-American cornerback. McGinest coached Surtain at Nike’s “The Opening” and said whoever gets him ‘will be lucky to have him.’

“If he’s there, they better snatch him up.”@WillieMcGinest takes a look at the best fit for @PatSurtainll 👇 (via @NFLTotalAccess) pic.twitter.com/rMmMCdB9ND

He displayed a 39″ vertical and posted 18 reps on the bench. During his three seasons under Nick Saban, Surtain recorded 117 total tackles, 27 pass breakups, four interceptions, and four forced fumbles. His length and technique make him exceptional in man and zone coverage.

He can press receivers and take away an opponent’s best playmaker on an island. Surtain’s instincts also serve him well in run support.

He is arguably the best form tackler in the draft class. A former five-star, the native Floridian allowed 25 or fewer yards receiving in 10 of 13 games last year. Opposing quarterbacks targeted him 48 times; however, Surtain allowed only 21 catches for 273 combined yards.

He locked up his side of the field, and signal-callers rarely tested him.

Both players are two of the best defensive backs in the National Football League. Coach Quinn had Sherman with the “Legion of Boom” in Seattle from 2013 to 2014. Sherman had eight interceptions and 16 breakups in 2013, en route to helping the Seahawks capture a Super Bowl title. Gilmore is a Super Bowl champion with the New England Patriots. He was the NFL’s Defensive Player of the Year and co-interceptions leader in 2019.

Gilmore had six interceptions and 20 breakups that season.

He is a four-time Pro Bowl selection and two-time first-team NFL All-Pro. Gilmore was taken in the first round (No. 10 overall) in the 2012 NFL Draft.

If Surtain is available at No. 10, the Cowboys must grab him.