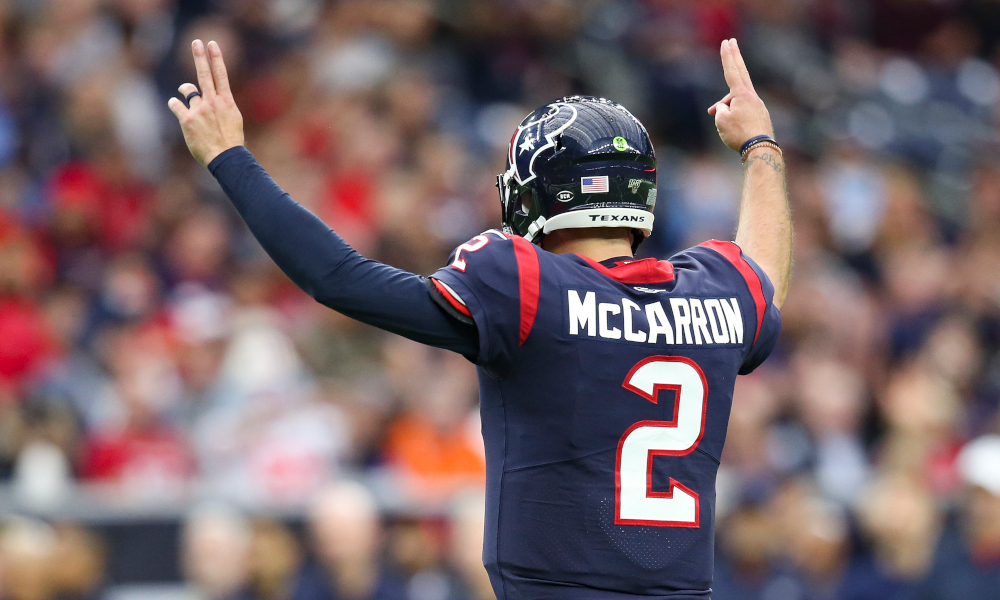 The Atlanta Falcons did not take a quarterback on Thursday night, but it has signed one anyway.

According to a report from ESPN’s Field Yates, the Falcons have acquired former Alabama signal-caller AJ McCarron to serve as Matt Ryan’s backup. McCarron, 30, has played with the Cincinnati Bengals, Buffalo Bills, Oakland/Las Vegas Raiders, and the Houston Texans.

He spent the last two seasons with the Texans as Deshaun Watson’s backup.

McCarron has a one-year deal with the Falcons.

He was a three-time BCS National Champion at Alabama, including twice as the starting quarterback. McCarron was an All-American, Maxwell Award winner, and Johnny Unitas Award winner in 2013. He finished runner-up to Jameis Winston in the Heisman Trophy voting that year. McCarron finished his career as the Crimson Tide’s all-time leader for passing yards (9,019) and touchdowns (77). He holds the record for yards, but Tua Tagovailoa (87) has surpassed the Mobile (Ala.) native for scores.