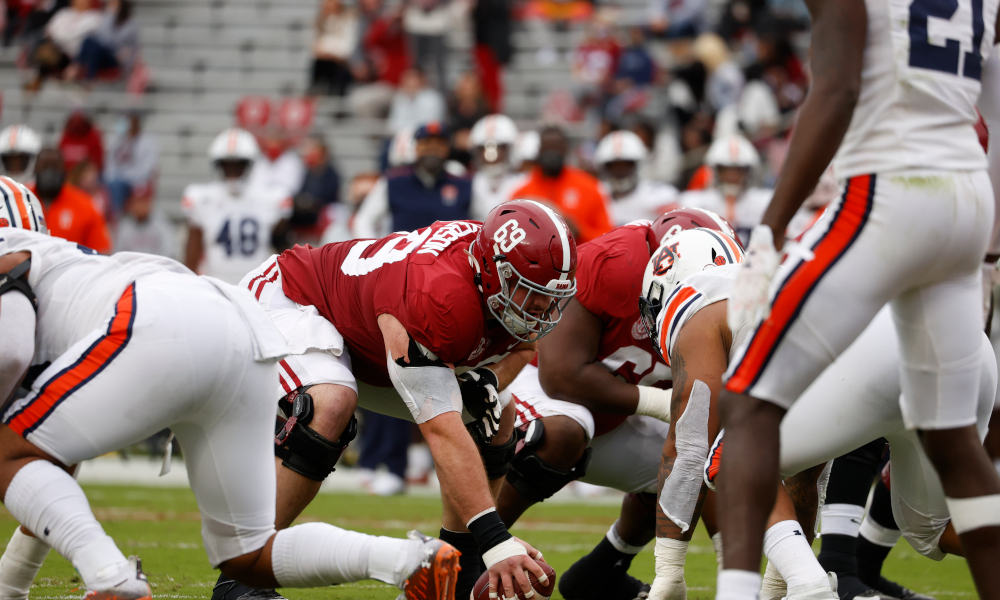 As a former five-star via North Carolina, he played at Florida State University for two years.

When he made the University of Alabama his transfer destination in the summer of 2019, Dickerson did not think he would land at home that would last for a lifetime. The 6-foot-6, 325-pounder crafted great friendships and became of the most beloved transfers in Crimson Tide football history. Despite a knee injury, he assisted Alabama to a Southeastern Conference title and a national championship in 2020.

Dickerson’s efforts on the offensive line allowed him to be a Unanimous First-Team All-American, first-team All-SEC selection, Rimington Trophy winner, Co-SEC Jacobs Blocking Trophy winner, and a permanent team captain. He anchored the best offensive line in college football and guided his group to the Tide’s second Joe Moore Award of the Nick Saban era. After being selected in the second round (No. 37 overall) of the NFL Draft by the Philadelphia Eagles, Dickerson received more joyful news.

He posted a photo to Instagram of him getting engaged to his long-time girlfriend, Brooke Kuhlman. Kuhlman dated Dickerson at Florida State and Alabama. He lived the dream in college, will play pro football in the fall, and now has love in his personal life.

Crimson Tide fans are proud of Dickerson and wish him the best in the NFL.