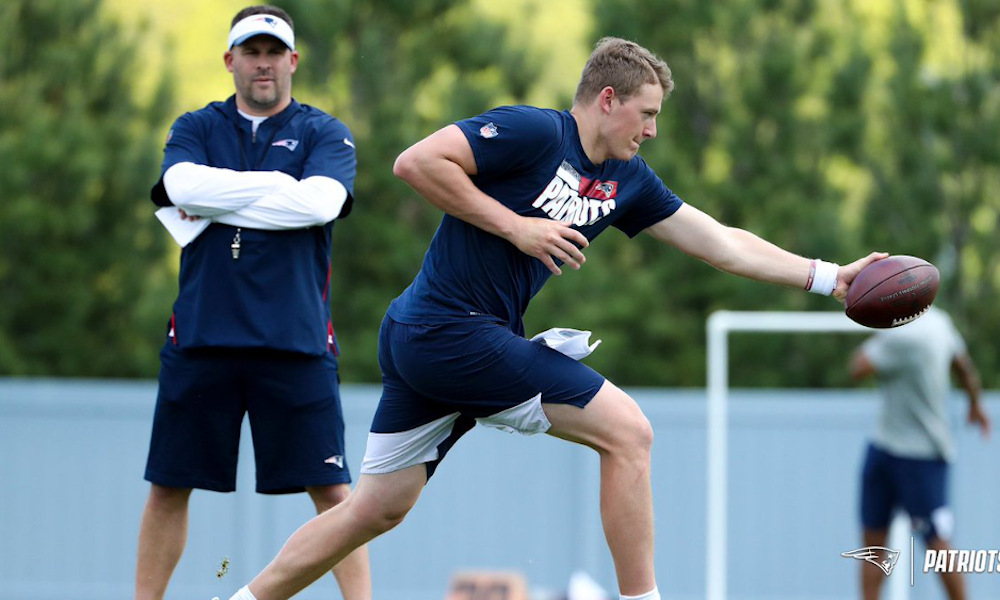 After what he did in one season as Alabama’s starting quarterback, fans knew Mac Jones was ready for the pros.

He turned in the best single-season performance by a Crimson Tide signal-caller and guided the program to a College Football Playoff National Championship. Despite the San Francisco 49ers taking Trey Lance at the No. 3 overall pick, Jones landed in the perfect spot for him. He went to a head coach who mentored his collegiate coach.

Bill Belichick has his guy in New England and Jones created some buzz during the Patriots’ rookie minicamp. According to a report from Justin Ramos, a source told him that Jones had an ‘amazing’ camp with the team. He was the fifth quarterback selected, as New England took him at No. 15 overall.

#Patriots QB Mac Jones is having an “amazing” Rookie Mini Camp, per source

Coaches & teammates have been “blown away” at his leadership, knowledge, accuracy, film study, and decision making” 👀

If the report is accurate, then we may be in for a fun training camp.

Jones was very competitive at Alabama. He did not arrive with the bells and whistles behind his name in 2017, but the former three-star proved his worth. During the 2019 season, he filled in for an injured Tua Tagovailoa and turned in strong outings versus Arkansas, Auburn, and Michigan.

He earned Consensus All-American honors and was named a permanent team captain. Jones would also finish third in the Heisman Trophy voting.

New England has Cam Newton on another one-year deal, and it also has Jarrett Stidham.

Josh McDaniels, 45, has served as an offensive coordinator and quarterbacks coach in the NFL for 20 years.

His success has come with the Patriots.

In working with Tom Brady, McDaniels has won six Super Bowls. He has seen his best work come with a pocket quarterback. Jones is in the same mold as Brady; however, the Jacksonville (Fla.) native is faster than the seven-time Super Bowl champion. He was coached hard by Saban, and he will be coached hard by Belichick. This will be nothing new for Jones. If he had his coaches and teammates ‘blown away’ by his skills, then Crimson Tide fans are going to be excited to watch him in the fall.