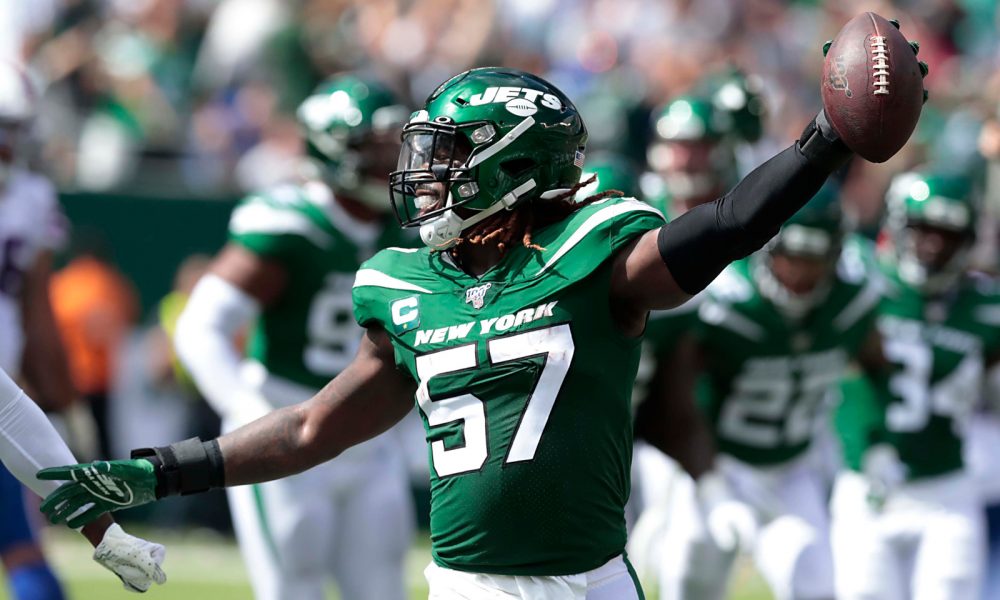 The National Football League is returning one of its premiere linebackers this season.

C.J. Mosley signed a five-year, $85 million deal with the New York Jets on March 15, 2019; however, he has played in two games in two years. The former Alabama standout got off to a strong start in 2019, as he totaled nine tackles, two pass breakups, one interception, and one touchdown in the Jets’ season opener versus the Buffalo Bills. He would suffer a groin injury and then would aggravate it throughout the year.

Mosley was placed on injured reserve on December 3. He opted out of the 2020 season because of the COVID-19 pandemic.

RELATED: Patriots’ wide receiver on Mac Jones: “He has a swag to him that I didn’t know he had”

Before signing with the Jets, Mosley spent five years (2014-18) with the Baltimore Ravens.

He was taken in the first round (No. 17 overall) in the 2014 NFL Draft, and recorded 100+ tackles in four of five seasons. Mosley was a four-time Pro Bowler and was twice named second-team All-Pro. The Jets have a new head coach (Robert Saleh) and a new quarterback (Zach Wilson); however, the return of Mosley is the biggest thing. According to Al Iannazzone, who covers the Jets for newsday.com, he said Mosley is ‘motivated’ to show he’s still a Pro Bowl linebacker.

C.J. Mosley believes he can return to being a Pro Bowl linebacker after appearing in just two games the past two seasons. #Jets

A native of Theodore, Ala., Mosley was a force at the University of Alabama.

Crimson Tide fans are looking forward to seeing him return with dominance.