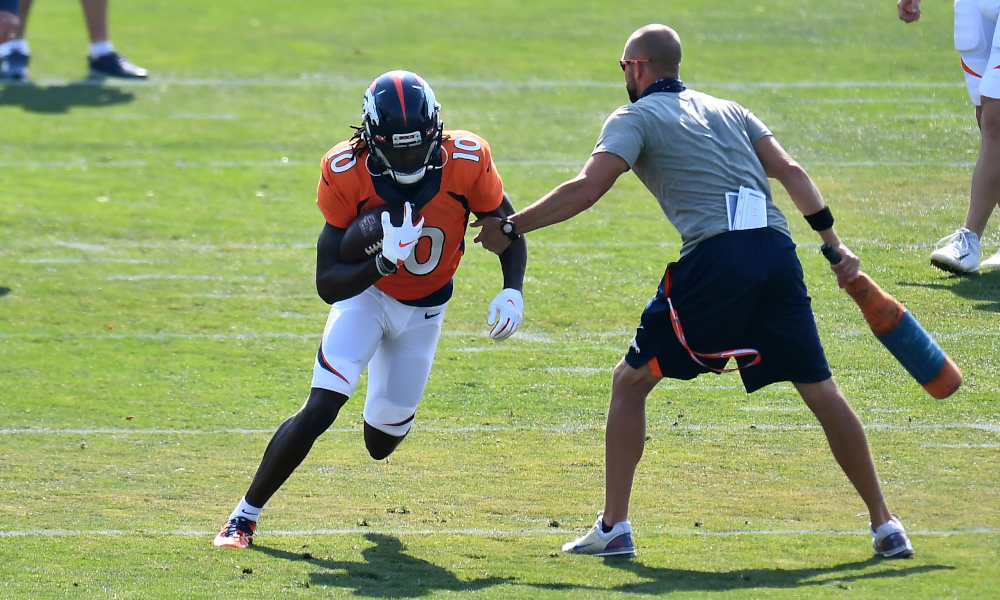 Regardless of his age, Nick Saban is known as the best recruiter in college football.

He selects the best high school prospects in the nation, but his finest work has come at one position. The University of Alabama has been “Wide Receiver U” since 2008. Saban started everything with Julio Jones, and then Amari Cooper, Calvin Ridley, Jerry Jeudy, Henry Ruggs III, DeVonta Smith, and Jaylen Waddle came after. All seven players were selected in the first round of the NFL Draft, and Smith ended his career as the school’s all-time leading receiver with 235 catches for 3,965 yards and 46 scores.

The trio of Jones, Cooper, and Ridley is having success in the National Football League. Crimson Tide fans are waiting to see what Jeudy, Ruggs, Smith, and Waddle become at the next level.

Alabama earned the Fred Biletnikoff Award from Cooper, Jeudy, and Smith, while Smith was the first Tide receiver to win the Heisman Trophy.

Every recruiting class under Saban has won a national championship; however, people have been fascinated about what could be drawing the most talented receivers to Alabama.

On Monday, Jeudy was featured on ESPN’s First Take. The South Florida native explained to the national media why Alabama is the premier school for wide receivers. He said Alabama does a ‘great job’ of developing players to become NFL players.

What’s in the water down in Alabama by the way? @jerryjeudy explains on @FirstTake #RYDEOUTS x #RollTide @AlabamaFTBL pic.twitter.com/iDT0OgU4Gv

“It’s a great program,” Jeudy said of Alabama. “Coach Saban does a great job of organizing and bringing in great talent. When you are surrounded by great talent, you have no choice but to become good. So, just being around those guys motivates you to become the best player that you can be.”

RELATED: Dan Marino says Dolphins’ QB Tua Tagovailoa has “all the talent in the world”

John Metchie looks to be the next Crimson Tide wide receiver poised to become a first-round draft pick.