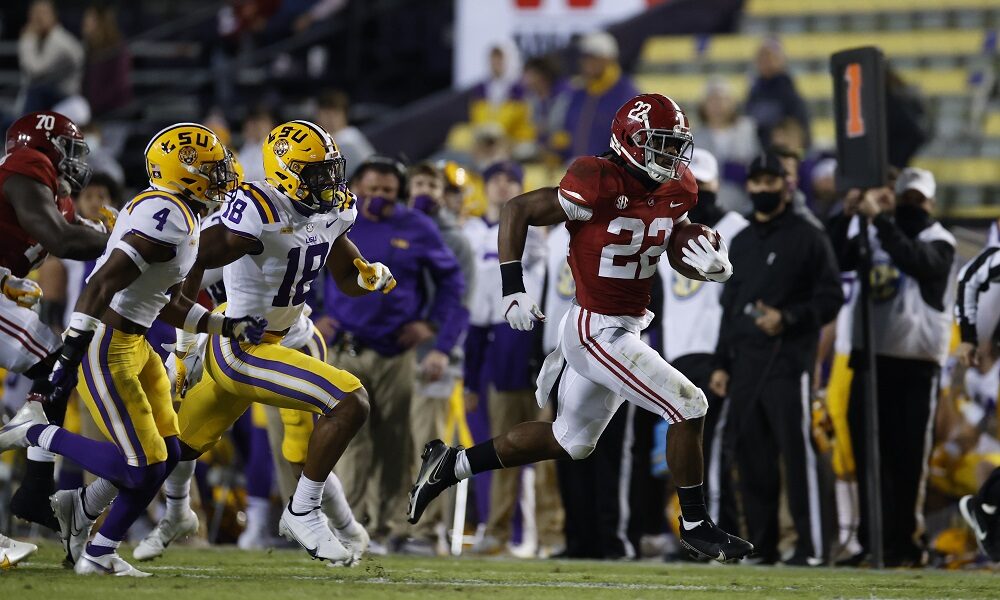 The Pittsburgh Steelers took a running back with its first pick in the NFL Draft, but Najee Harris is not the average back.

At the University of Alabama, he possessed the speed, power, vision, athleticism, and hands (receiver) to assist the Crimson Tide to two College Football Playoff National Championships.

Harris recorded a 1,000+ yard rushing season twice, including 1,466 yards with 26 touchdowns last year. He pounded teams on the ground; however, the California native was an even better receiver.

During his final two years at Alabama, Harris recorded 70 catches for 729 yards with 11 scores. He was third on the roster for receptions in 2020 (43) and totaled 425 yards receiving with four touchdowns. As a former five-star recruit, Harris’ work ethic has impressed the Steelers.

Ben Roethlisberger stated that the rookie does not seem to be lost, and the stage isn’t too big for him.

He works so hard that the coaching staff often has to send Harris home. Roethlisberger sees his mentality, but the Steelers wide receiver room is amazed at his skill set. Harris made a few one-handed catches in Wednesday’s mandatory minicamp.

According to a report from Steelers Depot, receiver Diontae Johnson talked about the impact Harris will have on the offense.

“It’s different,” Johnson said of Harris. “It takes a lot of pressure off the receiver. Obviously, having a guy like him to catch out of the backfield is special. Because it also puts a lot of pressure on the defense. They also have to worry about covering a running back who is capable of obviously catching passes like a receiver. Just being around him, seeing his work ethic and how hard he practices, it shows that he’s hungry and that he’s ready to play.”

With him coming from Alabama, Harris has never been immune to hard work.

He wants to show the National Football League he can do it all, and the masses are excited.