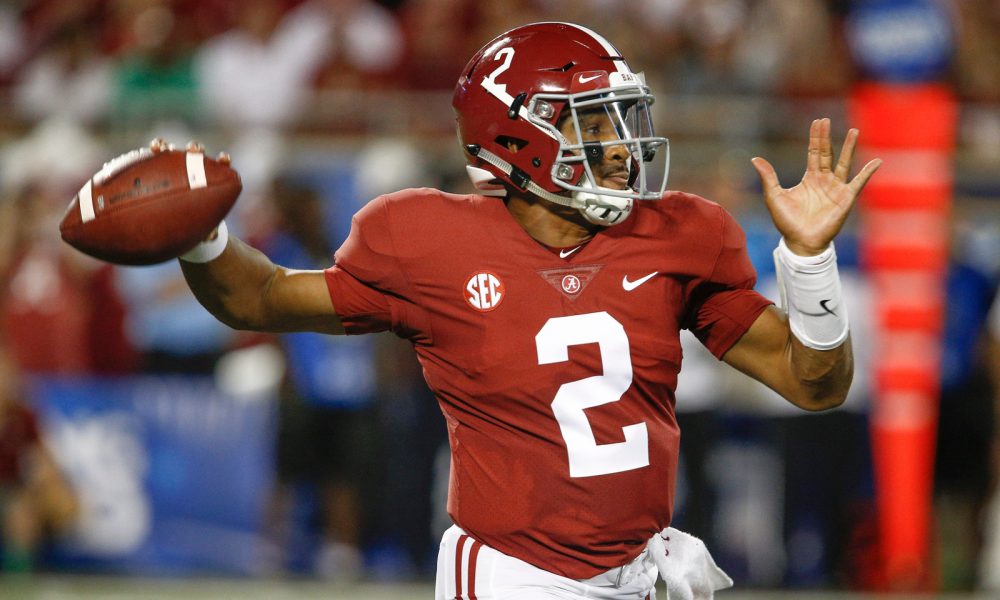 Today, a reminder was presented on why Alabamians love Jalen Hurts.

Few athletes are appreciated at two different schools and two fan bases, but Hurts has it.

He spent his final collegiate season at Oklahoma; however, Alabama fans saw him for three years.

As a native of Channelview, Texas, Hurts did a lot for the Crimson Tide’s program. He led it to a Southeastern Conference Championship during his freshman year in 2016 and guided it to the College Football Playoff National Championship Game in 2017. Hurts came off the bench in the second half of the 2018 SEC title game to deliver Alabama to victory, and he set some school records. The Philadelphia Eagles selected him in the second round of the 2020 NFL Draft, and Tide fans are excited to see what he does in his second season.

Before he takes the field, Hurts returned to the state of Alabama for his youth football camp.

He’s having so much fun this morning. pic.twitter.com/CAF1NGHU0C

Yours truly of Touchdown Alabama Magazine was in attendance at the Hoover Metropolitan Complex as the field was packed.

People came out to support Hurts, and he had an incredible time. No matter what drill he was in, Hurts and his brother — Averion Hurts Jr. — encouraged the youth and gave each one something to remember. Jalen screamed, laughed, cheered, and danced through the morning session. He caught passes, threw passes, and lined up as a defensive back to create some fun competition.

Jalen Hurts getting hyped over one of the campers getting an interception.@TDAlabamaMag pic.twitter.com/sL8X5mglRK

He learned a lot from Coach Saban. Camper made the catch though. pic.twitter.com/LANq05oVLD

Jalen Hurts breaking down with the campers. Effort on 3 …. Coach Hurts. pic.twitter.com/JRU93TiNG2

You have to ❤️ this.

The parents enjoyed their sons and nephews having fun; however, they were more impressed by Hurts’ message.

A rare breed is working with the next wave of talent youth.

After each one-on-one, Hurts reminded everyone that resiliency, hard work, and self-confidence are important traits. All the campers and their families got photos with Hurts.

Who’s ready to TURN UP with Coaches Jalen and Averion Hurts?! pic.twitter.com/rmNxhOnb0U

A rare breed is molding the next wave of great athletes, and he takes joy in it.