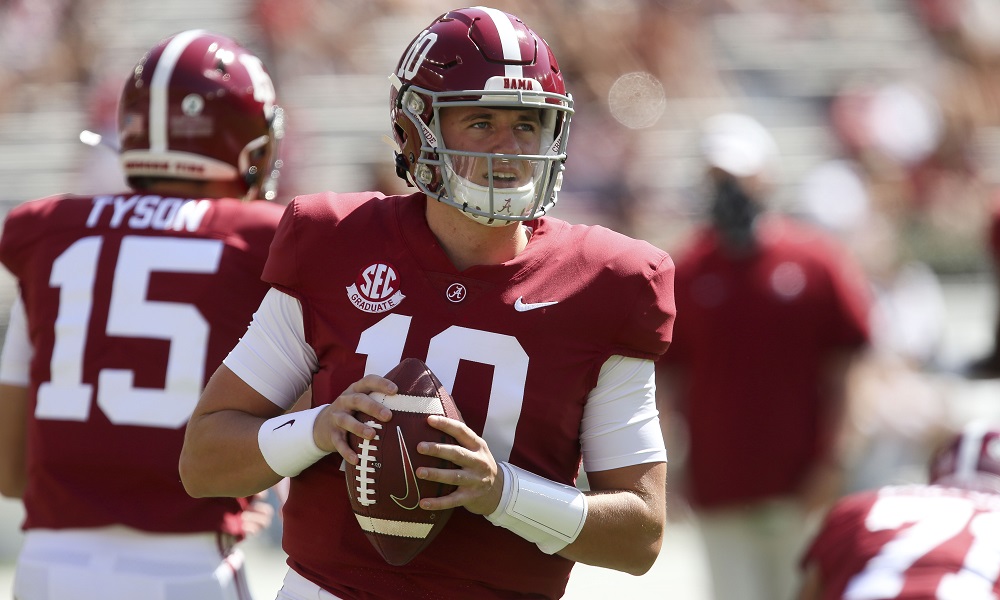 Mac Jones has given himself an opportunity at the starting quarterback job for the New England Patriots.

According to Mike Giardi of NFL.com, the former Alabama standout is set for a true competition against Cam Newton in training camp.

The Patriots threw many concepts at Jones during rookie minicamp and mandatory minicamp; however, the 2020 national champion is mastering the playbook. He showed accuracy on short to intermediate passes that Newton has lacked at times.

Despite some mistakes, Jones has impressed Bill Belichick, Josh McDaniels, and his teammates.

Kendrick Bourne (wide receiver) said the 2020 Heisman finalist ‘has a swagger he did not think Jones had.’ Trent Brown (offensive tackle) said one cannot refer to Jones ‘as a young guy.’

Newton has also complimented Jones by stating ‘he is everything as advertised.’ Per Giardi, one of the offensive players told him ‘Jones sees the game the way McDaniels sees it.’

He has picked up the offense faster than what was anticipated.

Jones and Newton are battling for the position, and training camp starts in late July. Will Newton be able to hold off the rookie? This is the biggest question for the 32-year-old as he tries to prove he still has plenty of football left in him.

Jones has made a lot of noise up to this point, and he looks to finish with the starting job.