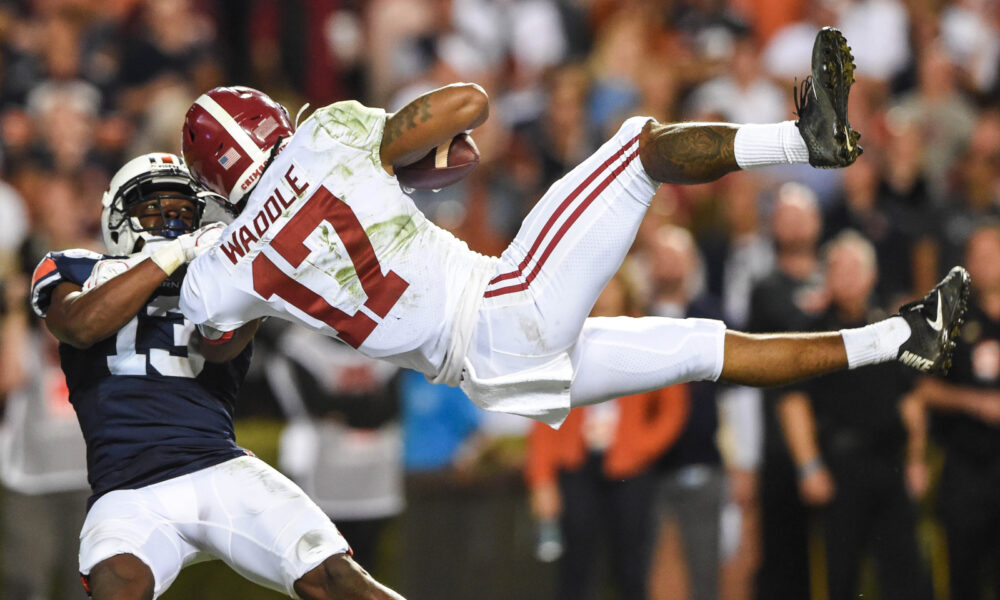 Despite him missing time, Waddle was still selected in the top-10 (No. 6 overall) of the NFL Draft. Brian Flores and the Miami Dolphins took the most electrifying wide receiver in the class.

He provides instant offense as a receiver and return specialist.

Tua Tagovailoa was excited when the Dolphins chose Waddle in April. The connection between both guys has returned, and the native Texan displayed his talents in minicamp. In preparing for training camp, the former four-star is about to show everyone he’s back at full speed. Waddle has been training with Tevin Allen, founder of Gold Feet Training in Fort Lauderdale Fla., and Allen has him cutting and running fast. The 5-foot-10, 182-pounder could win the NFL’s Offensive Rookie of the Year award.

He recorded 20 career touchdowns (17 receiving, three on special teams) at Alabama, but fans are excited to see how Waddle performs in the National Football League. His ankle looks great, and him being fully healthy means trouble for defenses.