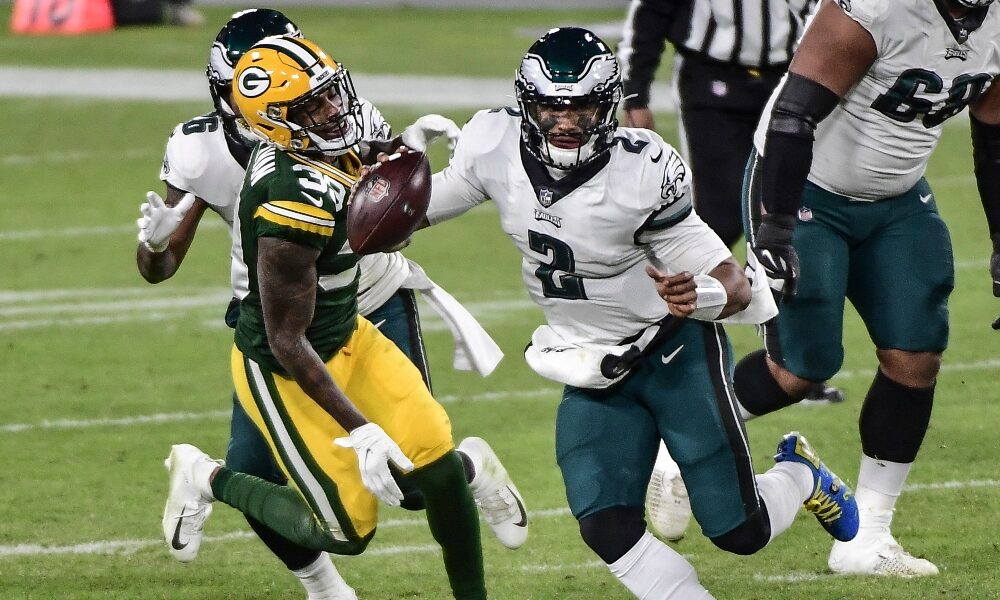 A new member has emerged on Jalen Hurts’ list of critics for him to prove wrong.

On Thursday, ESPN’s Dan Orlovsky was on Get Up discussing the second-year quarterback of the Philadelphia Eagles.

In the midst of Carson Wentz’s struggles last year, the Eagles decided to play Hurts more.

He brought a different energy to the offense, and the teammates around him followed his lead.

Hurts won his first game as a starter versus New Orleans (24-21) and recorded a pair of 300-yard passing performances. After picking him in the second round of the 2020 NFL Draft, Philadelphia chose Hurts over Doug Pederson and Wentz. With a new head coach, the Eagles and its fans are excited to see the Crimson Tide alumnus go to work. However, Orlovsky does not see success for Hurts this season. He spent 13 years in the National Football League as a quarterback, but Orlovsky feels Hurts cannot hold a candlestick to Wentz. He said if the Eagles could go back and re-do the decision to draft Hurts, he’s 100 percent convinced that they would not have taken him.

“If the Eagles could go back right now and re-do that decision, I’m 100% convinced that they would not have taken Jalen Hurts.”

“If Jalen Hurts plays as well as he can, he can’t sniff as good as Carson Wentz is,” Orlovsky said.

Philadelphia did not have the best offensive line; nevertheless, Wentz’s confidence was shattered.

RELATED: Jerry Jeudy is training to have a dominant second season with Denver Broncos

Few people believe the two-time Southeastern Conference Champion (2016, 2018), Big 12 Champion (2019), and 2019 Heisman finalist will have major success at quarterback. His life has been filled with challenges, but Hurts has constantly met them well.

This season will begin another chapter in Hurts defying the odds.