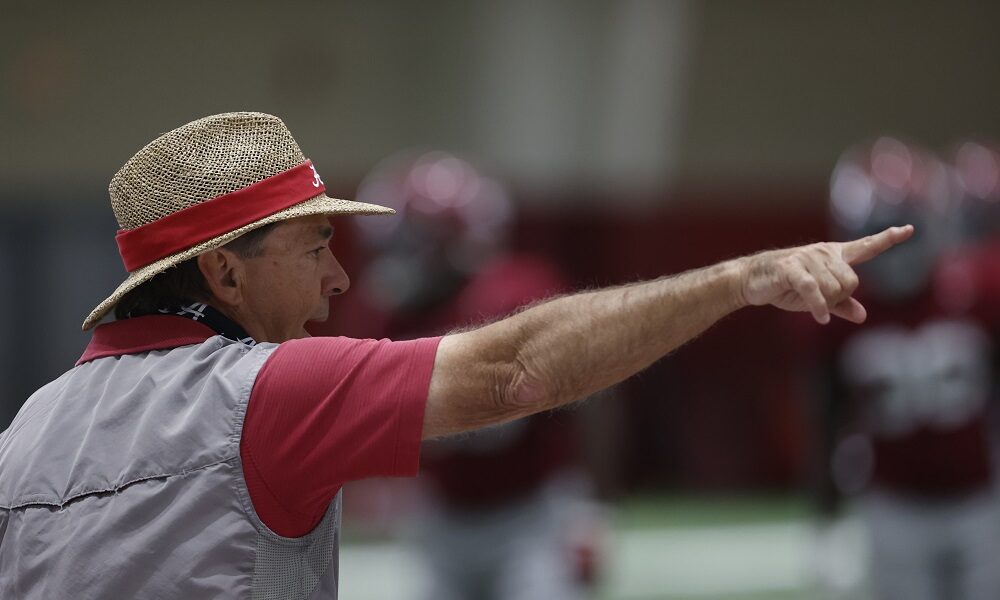 The jersey numbers for Alabama’s 2021 summer enrollees are out.

According to the Crimson Tide’s Media Guide, which will be available at SEC Media Days, sixteen numbers have been revealed.

RELATED: Auburn defensive lineman says Tigers are coming to “take the head off the elephant”

Nick Saban will address reporters on Wednesday at the Hyatt Regency-Wynfrey Hotel, while the Crimson Tide starts preseason camp on Thursday, August 5. During the spring, names such as Paul Tyson (No. 15 to No. 17), DeMarcco Hellams (No. 29 to No. 2), Trey Sanders (No. 24 to No. 6), and Javion Cohen (No. 57 to No. 70) changed numbers. Henry To’oto’o and Jameson Williams transferred in from Tennessee and Ohio State, respectively. To’oto’o will wear No. 10, and Williams is donning No. 1 for the Tide.

Alabama is trying to repeat as national champions of college football in the coming fall.