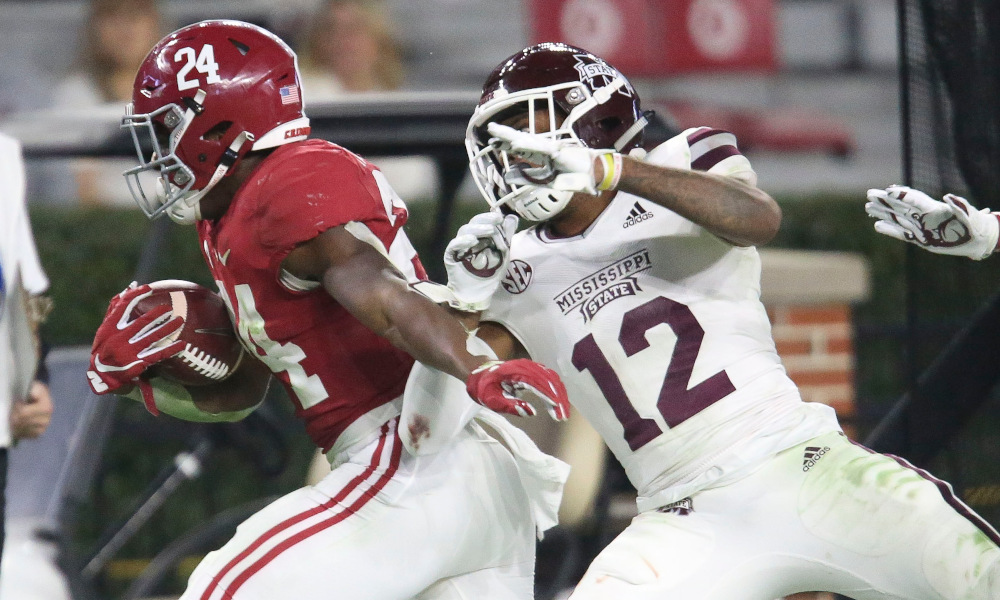 Trey Sanders has been through a lot as an Alabama football player.

A native Floridian, the former five-star endured a foot injury and injuries from a car accident. He was a special athlete at IMG Academy, and Nick Saban had to sign him in the 2019 recruiting cycle. Sanders has big potential and reporters saw it in practice before his injuries. He was projected to take carries from Najee Harris and Brian Robinson Jr., but the setback forced him to redshirt. The 6-foot, 214-pounder had a few opportunities last season — including a strong performance versus Mississippi State at Bryant-Denny Stadium. He received the bulk of carries in the second half and totaled 80 yards rushing on 12 attempts.

RELATED: Pete Golding breaks down what has impressed him about Kool-Aid McKinstry

Sanders was starting to break through; however, a car accident caused him to miss the rest of 2020.

He has worked to put himself in a position to be a factor in Alabama’s running back rotation. The redshirt sophomore is battling Roydell Williams and Camar Wheaton (freshman) to be the No.3 rusher. During Monday’s player interviews, Evan Neal and John Metchie III are both ‘excited’ to see Sanders on the field. Nick Saban stated on Sunday that he is close to 100 percent.

Neal and Sanders were roommates at IMG Academy, and both came to Alabama together. As for Metchie, he said it is ‘exciting’ to cheer for someone that has been through a lot. He is ready to play with Sanders again and looks forward to seeing the third-year back stay healthy. Some Alabama fans view Sanders as the best player at the position, especially when he’s available on the field.

Hopefully, this is the year he puts it together and becomes a breakout star.