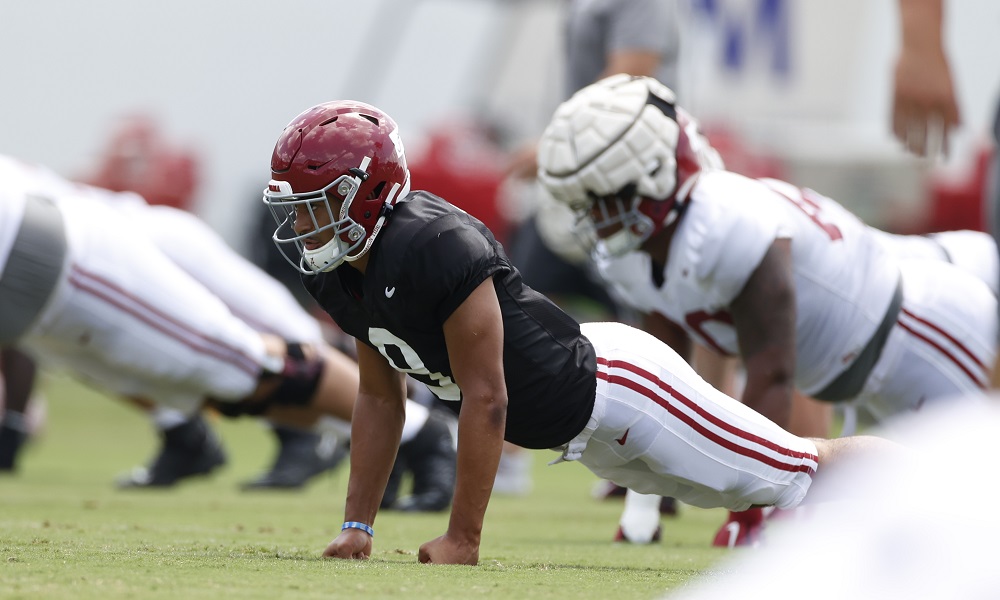 Bryce Young has the mental make-up of an Alabama starting quarterback.

He was not swayed by a five-star rating, he took pride in learning behind Mac Jones, and the NIL deals have not obstructed his focus from the team. Despite not having the prototypical size, Young makes up for it with accuracy, precision, athleticism, leadership, and football intelligence.

During a segment from Bama Cuts, he told Alex Rodriguez that Aaron Rodgers is his favorite quarterback. Both guys are from California, and people see the confidence Young carries in football. His teammates compare him more to Russell Wilson; nevertheless, everyone in the Crimson Tide’s program sees the sophomore as something special.

Spring football was exciting as Young dominated each practice. Nick Saban raved about his maturity and how he was becoming ‘the guy’ in terms of taking ownership of the offense.

He excelled in scrimmages and quieted the concerns of fans on A-Day. Young completed 25 of 44 passes for 333 yards with one touchdown.

The 6-foot, 194-pounder made plays with pressure in his face and displayed his athleticism.

He led the first-team offense to victory (13-10) and was the Most Valuable Player. During the summer, he trained with an elite quarterback group in California. He took those tools and returned to dominate the Crimson Tide’s summer program.

So far, he is on par in fall practice.

RELATED: Kendall Randolph is ‘key’ to the development of Alabama’s offensive line, per Nick Saban

He tossed three scores in Saturday’s scrimmage. After finding Cameron Latu for a 59-yard strike in the spring game, Young connected with his favorite target on a 13-yard touchdown. His second score in the practice went to freshman JoJo Earle for 10 yards, while Trey Sanders caught his third touchdown during a two-minute drill. Saban was very pleased with Young’s outing.

“I think Bryce did a good job today,” Saban said. “I think we have to play well around Bryce. At times, I felt like we did not do a good job of that as we need to. It’s all 11 guys. When he had opportunities, he did a really good job.”

Young is the triggerman, but Saban wants everyone involved to help him be explosive.

The 69-year-old has been complimentary of Young since he arrived in 2020. When Saban’s stamp is on a player, it has no choice but to be great.