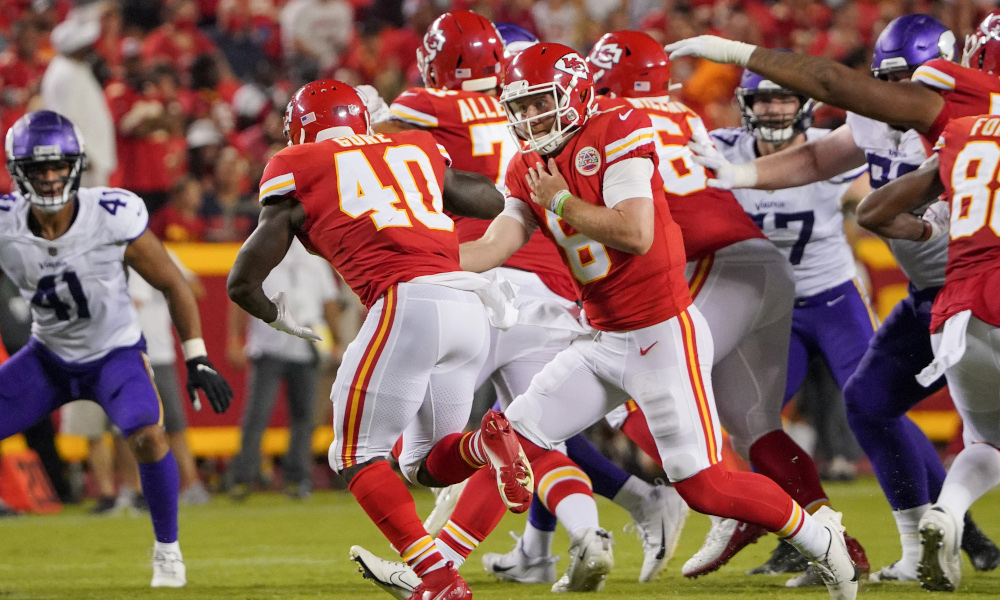 A native of Syracuse, N.Y., Gore arrived in 2015 as a walk-on from Coffeyville (Kan.) Community College. He played in 18 career games in 2015 and 2016, collecting two Southeastern Conference titles and one national championship.

Gore recorded his first rushing touchdown versus Florida in the 2016 SEC Championship Game. He also blocked a punt that Josh Jacobs recovered for a 27-yard score in a 54-16 victory over the Gators.

He finished his collegiate tenure at Louisiana-Monroe and earned an opportunity to play in the pros. His career started with the Los Angeles Chargers, but he’s now found a home in Kansas City. The 5-foot-10, 212-pounder stepped up in Friday’s preseason matchup against the Minnesota Vikings. He totaled 106 yards from scrimmage, including 80 receiving yards with one score.

During the third quarter, Gore took a screen pass for a 56-yard touchdown. He was targeted five times and caught all five passes.

Gore assisted the Chiefs to its third win of the preseason, and he might be a big contributor in helping the team return to the Super Bowl and win a championship. After earning a 28-25 victory, Crimson Tide fans are happy to see Gore have success.