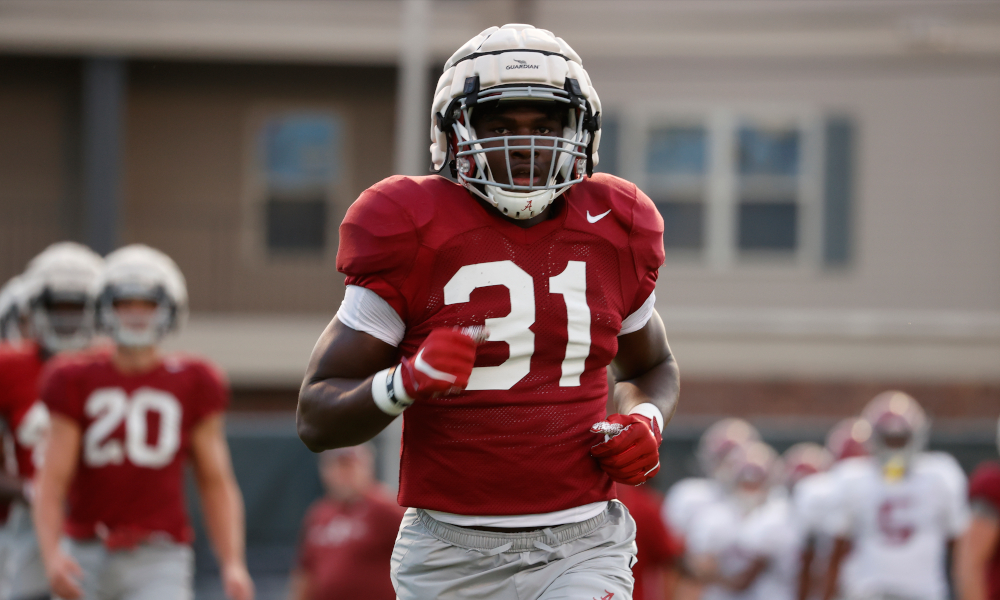 Will Anderson Jr. is an old soul for all the right reasons.

Regardless of growing up with three sisters, yours truly of Touchdown Alabama Magazine was not put on to music like the sophomore was.

Women will balance you in music.

Anderson, a native of Hampton, Ga., has five sisters and they exposed him to 90s Rhythm and Blues (R&B). He is known as a terror at outside linebacker. The 6-foot-4, 243-pounder earned the nickname “Terminator” from his teammates in 2020, especially with how he finished the season. Anderson totaled 10.5 tackles for loss, seven sacks, and eight quarterback hurries.

He helped the Crimson Tide secure an undefeated national championship and reaped individual honors. As a second-year player, he is excited about opening the season against Miami.

RELATED: Alabama’s defense is ‘excited’ about facing Miami, according to Christian Harris

Other athletes would be blasting the latest rap/hip-hop artist to get them going; however, Anderson prefers a chill vibe as he proceeds to make quarterbacks hate the game of football.

“A little ’90s R&B, something calm, cool, and collected,” Anderson said Tuesday on what gets him ready for a game. “I listen to a little ’90s just to get me in my mood, just mellow me out and chill.”

When his teammate, Javion Cohen, and fans saw this on social media, they had fun with it.

Imagine giving up a sack and you hear him singing candy rain 😭 https://t.co/3VUFDyl3xv

Keith Sweat for the win! pic.twitter.com/yipWARYNre

It will be interesting to find out what song goes through his mind when he sacks D’Eriq King.

Anderson will set the tone for Alabama’s defense on Saturday versus Miami.