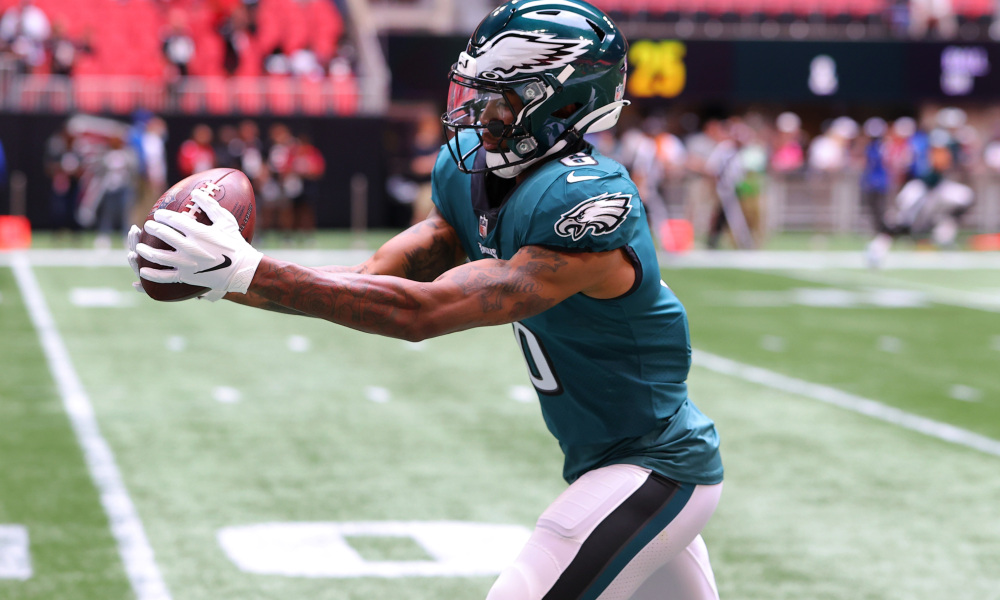 We saw the style of his suits at the University of Alabama, but DeVonta Smith is opening more of his personality in the National Football League.

He caught his first touchdown for the Philadelphia Eagles against the Atlanta Falcons, helping the team capture a 32-6 victory at Mercedes-Benz Stadium.

Some things never change, as Smith has owned the venue in Atlanta.

As the Eagles celebrated in the locker room, Smith was spotted doing the “Smitty Shimmy.”

Listen in to Coach Sirianni in the locker room after his first NFL victory.@novacare | #FlyEaglesFly pic.twitter.com/0wgtYQSFc2

He is having fun with his teammates and looks forward to building something special with Jalen Hurts. Before his touchdown versus the Falcons, Hurts and Smith connected one time at Alabama for a score. The two hooked up for a 26-yard, game-winning score in 2017 against Mississippi State at Davis Wade Stadium.

The Crimson Tide ended up playing for a national championship.

RELATED: Alabama LB Will Anderson is trending towards playing against Florida

It is good to see Smith enjoying himself in the league. He will battle San Francisco’s defensive secondary on Sunday in Philadelphia via Fox Sports.