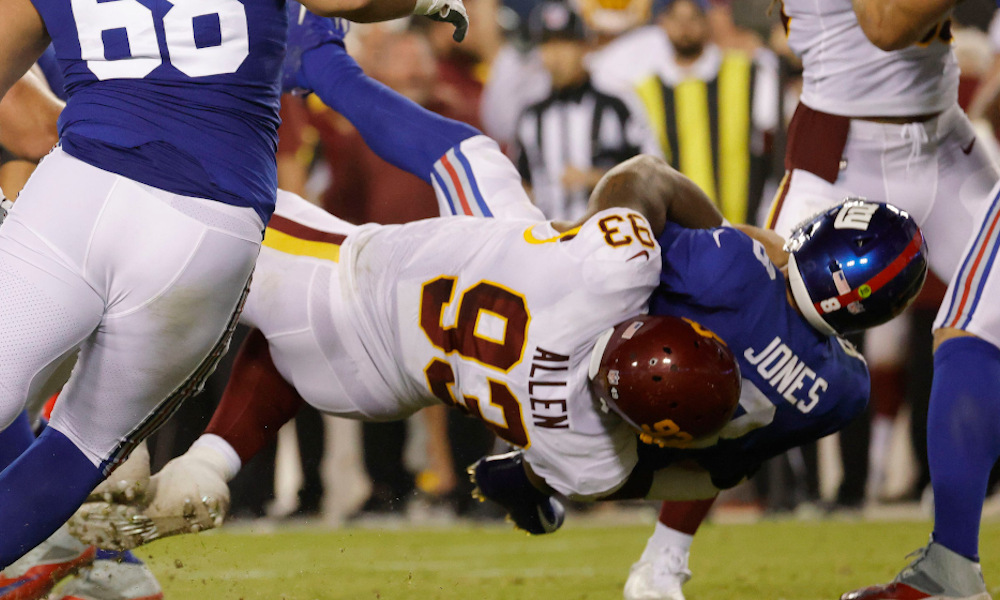 Chase Young is dominant, but the Washington Football Team has another elite player on its defensive line.

Jonathan Allen is in his fifth season with the franchise. He was selected at No. 17 overall in the 2017 NFL Draft from the University of Alabama. He was an incredible talent at defensive end under Nick Saban, especially in 2015 and 2016.

Allen terrorized quarterbacks by totaling 30.5 tackles for loss, 22.5 sacks, and 21 quarterback hurries. He was a leader on two of Alabama’s best defenses in the Saban era.

The 6-foot-3, 300-pounder won many individual awards and pushed the Crimson Tide to a College Football Playoff National Championship in 2015. He has become a superstar in Washington, and Allen was marquee for his group in Thursday’s game against the New York Giants. After losing week one to the Los Angeles Chargers, Allen suffocated New York’s offensive line and posted two of four sacks on quarterback Daniel Jones. He collected three tackles for loss, three quarterback hits, and six total tackles in a 30-29 victory for Washington.

His output for sacks, tackles for loss, quarterback hits, and total tackles led all defensive linemen.

Allen powered the Football Team to a critical division win, and there are not too many offensive units that will be able to neutralize him and his teammates. Washington needs to continue drafting offensive pieces to help its defense.

He was a stud in college, and Allen is continuing his dominance in the pros.