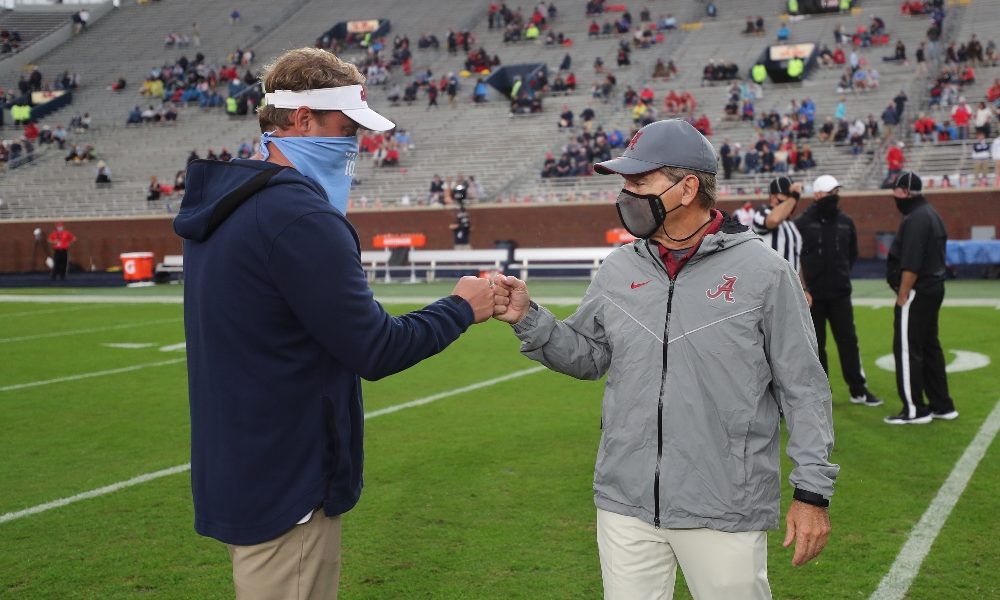 Alabama and Ole Miss are scheduled for a 2:30 p.m. CT kickoff on CBS for their Saturday, Oct. 2 matchup at Bryant-Denny Stadium, the Southeastern Conference office announced on Monday afternoon.

Alabama is coming off a narrow 31-29 victory over Florida in it’s first SEC game. Ole Miss had an opposite experience in its matchup last Saturday against Tulane as it trounced the Green Wave 61-21 behind quarterback Matt Corral’s seven total touchdowns.

Before the Crimson Tide host the Rebels, Nick Saban’s team will welcome Southern Miss to Bryant-Denny Stadium with kickoff coming on Saturday, Sept. 25 at 6:30 p.m. CT and will be broadcast on the SEC Network.