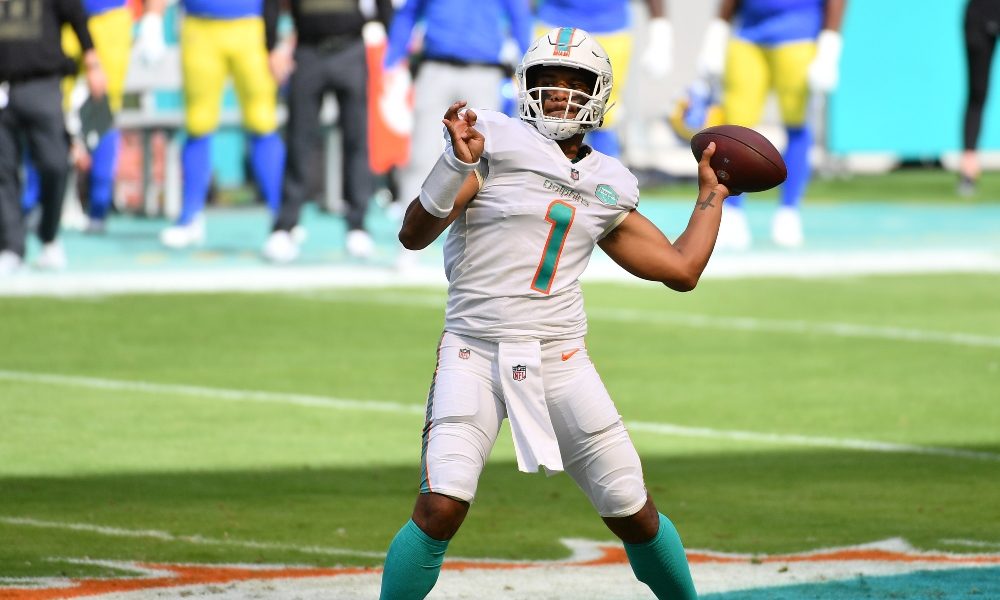 More unfortunate news came today for Miami Dolphins quarterback Tua Tagovailoa as it was reported by NFL Network’s Ian Rapoport that the south paw would be heading to injured reserve. The team’s current hope is to have Tagovailoa back behind center after the next three games.

Sources: The #Dolphins are placing QB Tua Tagovailoa on Injured Reserve, meaning he’ll miss three games. The hope is he returns from his broken ribs at that point. But it’s Jacoby Brissett’s show for the next three games.

Tagovailoa fractured his ribs in the first quarter of the Dolphins previous game against the Buffalo Bills. He was tackled from behind and immediately walked off the field where he was carted to the locker room shortly after.

Back up quarterback Jacoby Brissett replaced Tagovailoa in the 35-0 loss and will serve as the team’s starter for the next three weeks.