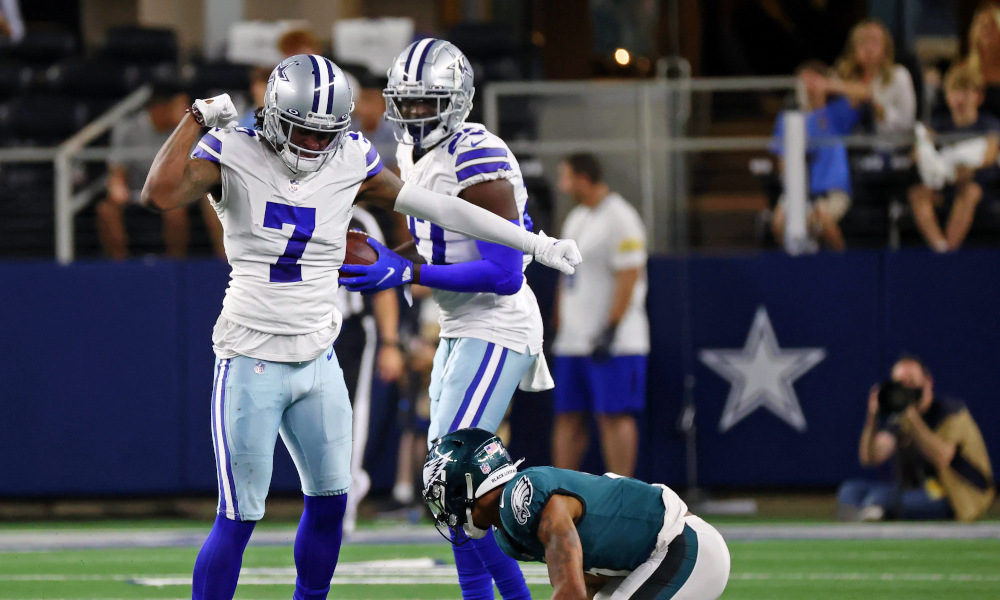 The University of Alabama has another former defensive back on the rise in the National Football League.

Trevon Diggs was a wide receiver/cornerback for the Crimson Tide from 2016 to 2019.

He was on two Southeastern Conference championship teams (2016, 2018) and one College Football Playoff National Championship team in 2017. Diggs came in Alabama’s 2016 signing class as a four-star from Maryland.

After becoming a full-time cornerback in 2018, he would post four career interceptions — including one for a touchdown. His length, range, physicality, and ball skills allowed him to be chosen in the second round (No. 51 overall) of the 2020 NFL Draft by the Dallas Cowboys.

The competitions with his brother, Stefon Diggs, have paid off. Trevon became the first Cowboy with an interception in each of his first three games of a season wince Everson Walls in 1985.

In Monday’s game against the Philadelphia Eagles, he picked off his former Alabama teammate, Jalen Hurts, and returned it for a 59-yard touchdown. Diggs’ instincts helped the Cowboys to a 41-21 victory as it earned a win over a division rival. It was the first time a Dallas defender intercepted a pass for a score since 2017 at Washington.

After his interception returned for a TD, Trevon Diggs became the first Cowboy with an interception in each of the first three games of a season since Everson Walls in 1985.

Diggs’ improvement from his rookie year to this season has been impressive. He has defended six passes, including three picks, and totals nine tackles. Last season, he defended 14 passes — including three interceptions. Dallas has needed consistent plays from its defensive secondary in recent years. By selecting Diggs in the second round, the Cowboys have solved the problem.

He is becoming a leader on the backend, and fans are happy with him.