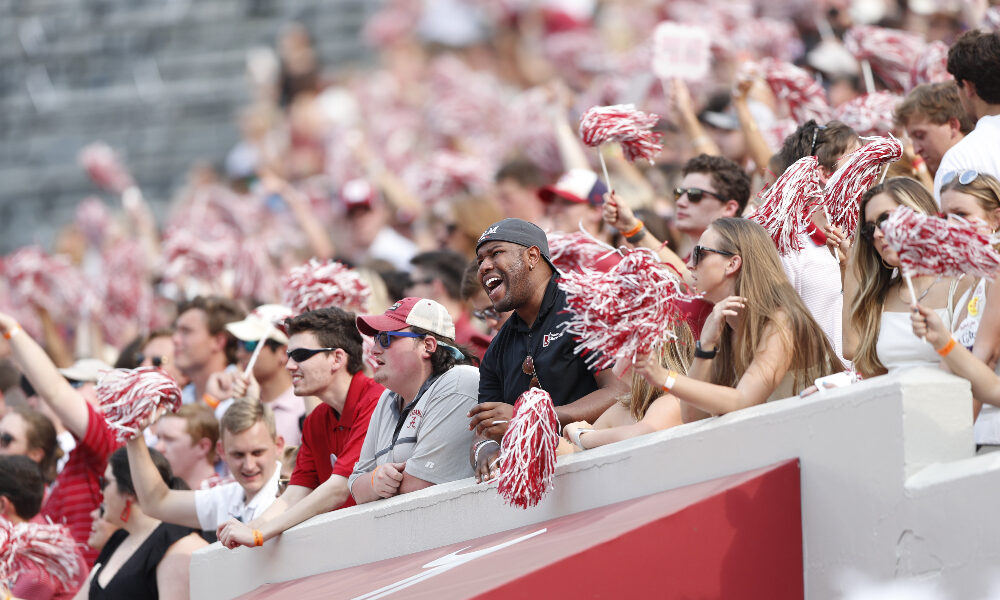 It’s felt like an eternity since Alabama has had the chance to play a big-time game in full capacity at Bryant-Denny Stadium. Due to the COVID-19 pandemic, stadiums were only able to allow 50 percent capacity for each game impacting the atmosphere created by the fans.

Now that the Crimson Tide is allowed to fill its stands for the entire season, head coach Nick Saban is looking for an electric atmosphere for its game against Ole Miss this Saturday.

“This is the first big (home) game that we’ve had here for like a year and a half because of last year with COVID,” Saban said to the media on Wednesday. “I know we’ve had a couple home games but this is an SEC game at home for the first time in a couple years, and I hope our fans are as excited about it as our team is. Playing a really good team. They’ve got a lot of really good players. They do a great job in execution and it’s gonna be a real challenge for us.

“When we played down in Florida, I mean, it was really, really tough on our team, and you could tell. So hopefully we can make it a little bit that way for their team. We’re just excited to be playing in a big game at home in our stadium against a good team, and hopefully, our fans, our players and everybody will have great passion and enthusiasm for this game.”

In Alabama’s 31-29 win over Florida, the fans inside Ben Hill Griffin Stadium had a clear impact on the Alabama offense. Quarterback Bryce Young struggled at multiple points delivering the clap cadence to the offensive line who could not hear Young at multiple points in the game. This resulted in the team having multiple presnap penalties impacting drives and stunting momentum.

“Crazy atmosphere,” Young said following the Florida game. “Those fans were really loud. We knew it was gonna be a hostile environment coming in, and it lived up to it, for sure. The fans were super loud. There was a lot we had to deal with. This was a really, really good team. We just played in a really, really tough environment. It was tough, but I’m super proud of us as a unit for over coming it.”

Alabama will look to have a similar impact on Lane Kiffin’s offense led by quarterback Matt Corral, who is bringing in the conference’s top offense to Tuscaloosa this weekend.